Italian F4 organizers ACI have unveiled a seven-round calendar for the inaugural year of the championship.

The 2014 season of Italian F4 will feature five confirmed Italian tracks, with the season finale taking place in Spain at Circuit de Catalunya on October 19th. Prior to that, the series will visit Vallelunga and Adria in May, Imola in June, Mugello in July and Monza in September.

The venue for round three, which will be run on June 8th, is yet to be announced.

“We feel all the pressure of being the first in the world to implement a very important project open to the future”, stated ACI president Angelo Sticchi Damiani. “This project is part of the initiative? that delineated a path from karting to the highest series, through Formula 4, Formula 3 and Formula 2. The encouragement and support of the FIA and President Todt towards our approach to the whole operation contributes to the ever-increasing weight of our Federation in international motorsport.”

The announcement creates uncertainty in the future of the ACI-run Formula Abarth, which looks set to be replaced by Italian F4 as the leading local entry-level category in the country. 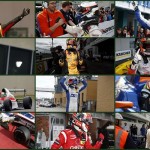 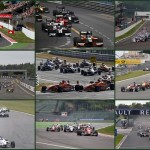 PaddockScout Awards 2013: Championship of the Year