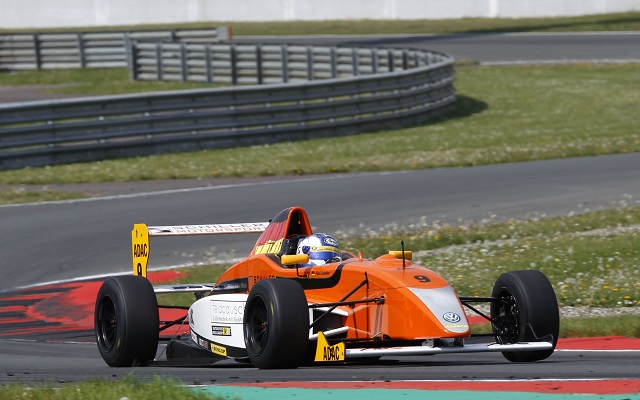 Fabian Schiller converted a reverse-grid pole position into a win in the final race of the ADAC Formel Masters round at Oschersleben this afternoon.

The young German held off the rapid starter Tim Zimmermann to control the race from the front for the entire duration, making it three different winners from three races this weekend.

This success marked Schiller’s second victory in in the series, as he’s previous similarly triumphed in a reverse-grid race at Lausitz in his rookie year.

Zimmermann held on to second, making that two podiums in the rookie’s debut weekend.?Ralph Boschung passed?Dennis Marschall?early on to take the final spot on the podium.