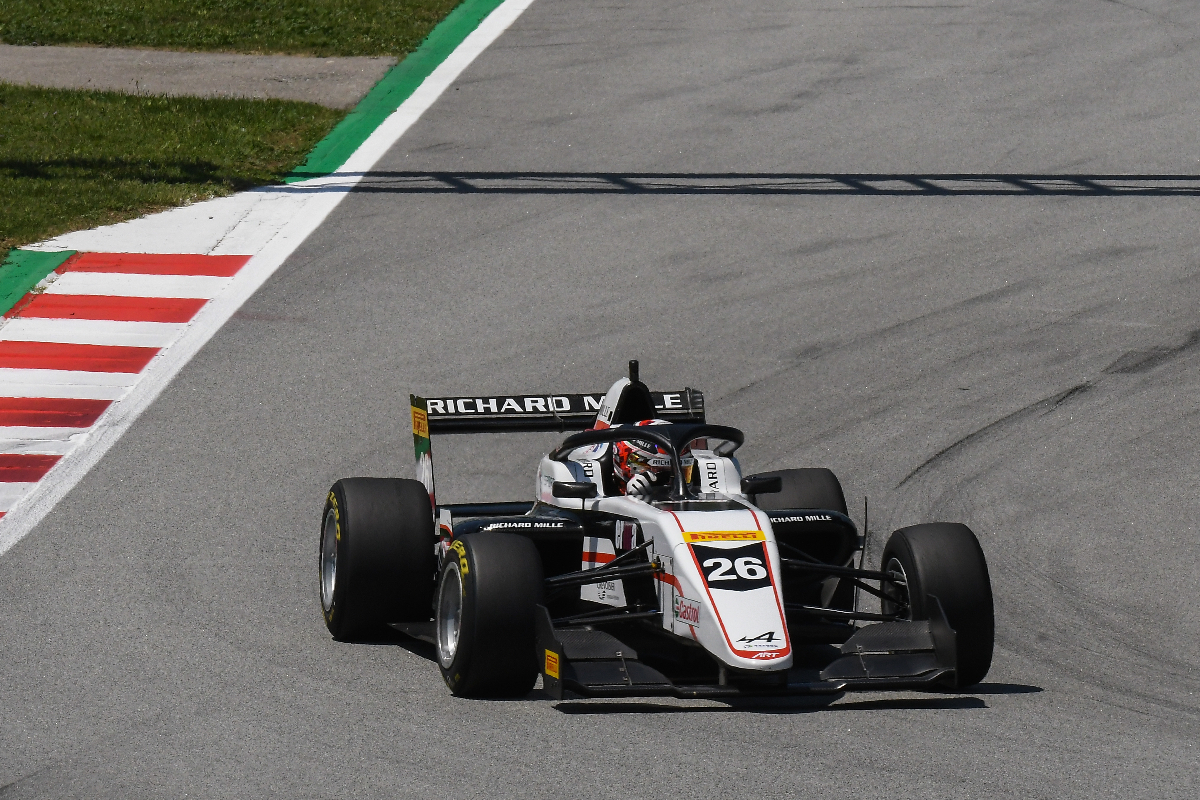 The ART Grand Prix driver dominated the second race of the weekend to finish 2.555 seconds ahead of Arden’s Alex Quinn.

A safety car period paused running early on as two separate incidents left three cars damaged at the side of the track.

Racing resumed with 20 minutes remaining of the timed race. Quinn had been able to challenge Saucy at the start, only for the poleman to take the outside line at turn one to hold position. On the restart, Quinn couldn’t get a good enough run to challenge and Saucy broke away. Saucy gradually extended his gap at the front of the order, while Quinn was a comfortable second.

Isack Hadjar finished third after a race-long battle with Paul Aron. Hadjar had passed Gabriele Mini early on to take top rookie position and quickly closed the gap to Aron in third.

Aron put up a good defence, and multiple times Hadjar looked to be ahead going into the first corner only for Aron to brake later to keep third. Hadjar was eventually able to make a move stick and pull away.

Prema’s Aron ended the race under investigation for not taking the escape road when he ran wide while battling with R-ace’s Hadjar. The same offence earned Colapinto a three-place grid penalty ahead of the race.

Mini was left in fifth ahead of ART team-mate Thomas ten Brinke and the battling William Alatalo and Patrik Pasma. Zane Maloney and Dino Beganovic completed the top 10.

There was more bad luck for Prema’s title contender David Vidales after an incident early on left him with significant damage to his front-right wheel and he retired in the pitlane.