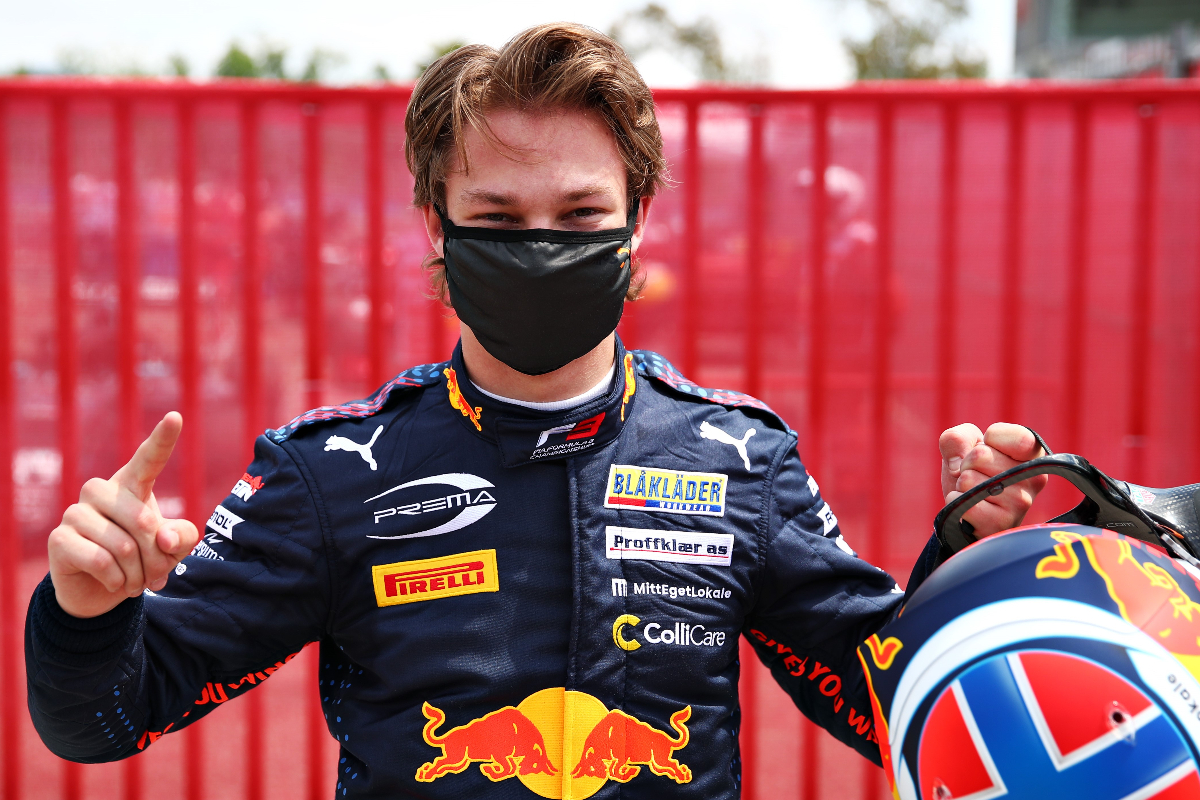 Dennis Hauger took his first FIA Formula 3 Championship victory in the final race of the Barcelona weekend from pole position.

Hauger didn’t get a stellar launch, but had some strong momentum later in the start phase. Down the long main pit straight, he went four-wide with Trident’s Jack Doohan, MP Motorsport’s Victor Martins and HWA Racelab’s Matteo Nannini.

Prema driver Hauger was able to come out on top ahead of Martins, Nannini and Doohan.

As Hauger gradually extended the gap at the front, Doohan was able to come back and get past Martins, who conceded a spot by running over the sausage kerb at the exit of turn 15, and then Nannini.

The gaps remained somewhat stagnant at the front towards the end, with Hauger beating Doohan by 3.5 seconds for their first podium finishes, while Nannini rounded out the top three.

Martins’ pace faded towards the end and he slipped behind Saturday’s race two winner Olli Caldwell and was under pressure from Trident’s Clement Novalak towards the end.

Novalak and ART Grand Prix’s Frederik Vesti got past Charouz Racing System’s Logan Sargeant towards the end following an error for the American driver on the penultimate lap.

MP’s Caio Collet nabbed eighth from Sargeant on the line by a narrow margin, while Hitech GP’s Roman Stanek rounded out the points finishers ahead of race one winner Alexander Smolyar.

Trident’s David Schumacher finished ahead of Prema’s Arthur Leclerc – whose pace was comparable with those at the front, ART’s Juan Manuel Correa and Hitech’s Ayumu Iwasa – who made up several places.

Carlin’s Kaylen Frederick and HWA Racelab’s Rafael Villagomez came into contact at turn 3, hampering the pair of them, while Lorenzo Colombo also found himself with woes following a puncture. Villagonez was penalised five seconds for the contact.