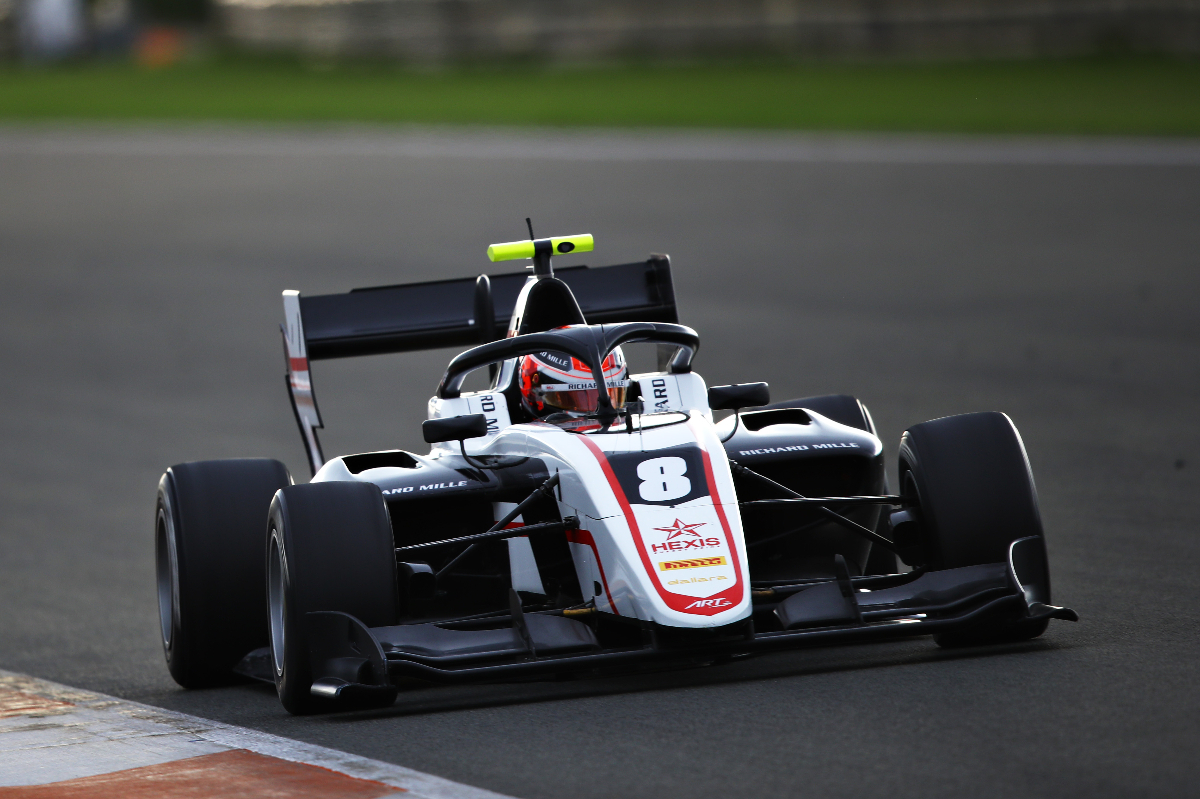 With a cap on how many fresh sets of Pirelli tyres can be used, Wednesday’s running wasn’t as fast with some on used rubber or simply setting the car up where its absolute pace was not represented truly on the timesheet.

ART Grand Prix’s Formula Regional Europe champion Gregoire Saucy was the fastest driver in the morning session, moving to the top before the halfway mark of the three-hour session by posting a 1m21.300s lap, and then switching focus to long runs before joining many others in spending a lengthy time in the pits.

MP Motorsport’s Caio Collet was next to lay down a pace marker, cutting six tenths of a second off of Saucy’s previous benchmark and being comfortably clear of the rest of the field for a few minutes before Saucy went second fastest.

It was a gain of less than a tenth that put Saucy back on top, but nobody was able to match that laptime and Collet actually ended the session in second place with his early 1m21.392s.

Roman Stanek (Trident), Doohan and Franco Colapinto (MP) filled out the top five before the halfway point of the session and remained there, although Doohan had his fastest lap deleted.

Zane Maloney was sixth in the second of Trident’s cars, ahead of Kaylen Frederick (Hitech GP) and Red Bull junior Jak Crawford (Prema).