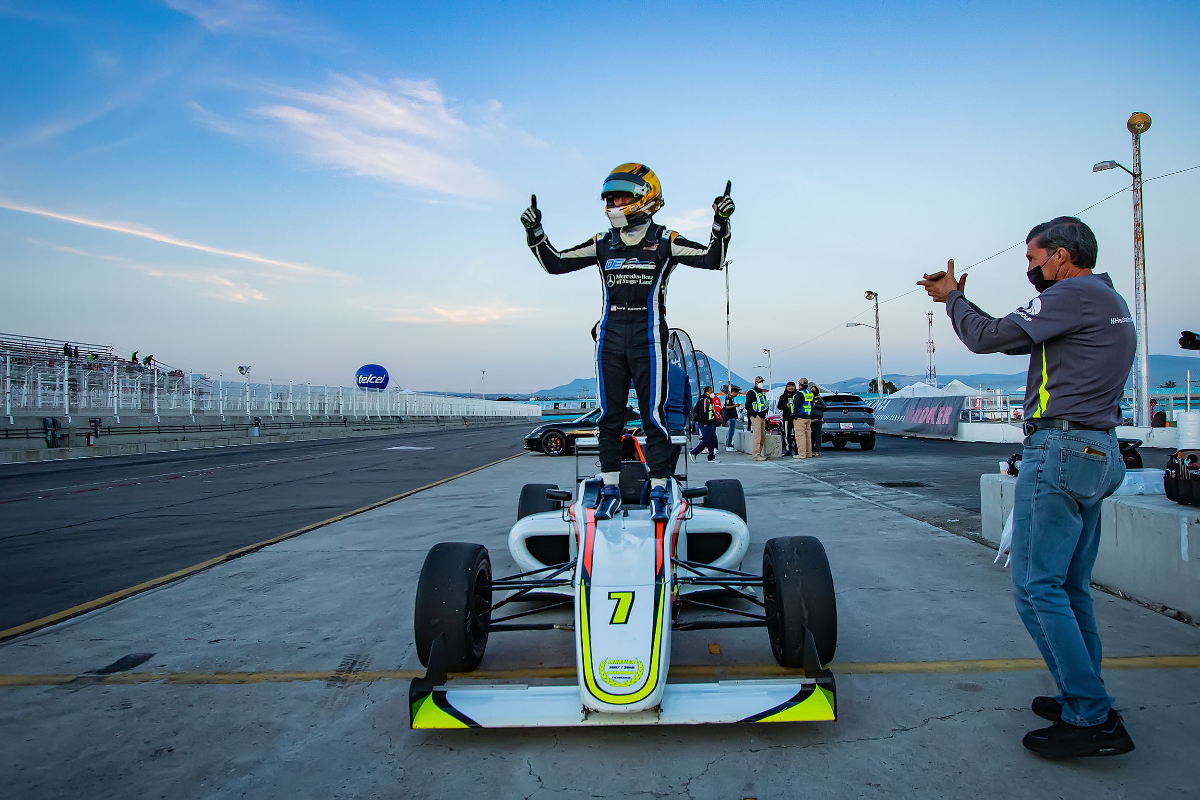 Colombian karting graduate Lucas Medina was shown as recording the pole lap of 1m33.557s on timing screens in qualifying, but the Ram Racing driver actually started second for race one behind Enders.

It was then a race of total domination by Enders on Saturday, beating Mexican team-mate Alvaro Zambrano – a former karter – by a massive 48 seconds.

Daniel Forcadell completed the podium a further eight seconds behind, while the last driver on the lead lap was series boss Flavio Abed’s son Emil. While the series claimed it was an impressive debut performance by the youngster, he actually entered the previous non-championship races at MSR Houston and switched teams to RRK Motorsports.

Race two was supposed to take place later on Saturday but was postponed by a day without explanation, and Enders converted pole into another controlling win. This time Medina was second, with Forcadell a distant third again.

The third race was then set to take place a few hours after, but Emil Abed was DJing in event hospitality at the scheduled start time that had briefed to the drivers and so it wasn’t until some time later did race three take place.

Enders had another start-to-finish run, putting half a second between himself and the chasing Medina on the opening lap. Over the next 15 laps he extended that gap to 14.571s, and Forcadell was another 10s back in third.

Valentino Mini dropped out early on, and the Panama-born teenager wasn’t the only retiree as Mariano Martinez also ended his race early.

NACAM F4’s sole ‘championship’ round will take place in Mexico City next weekend in support of the Formula 1 grand prix taking place, but the event consists of only one race right now and it is yet to be declared what the status of the winner will be.

The previous plan had been to have a multi-race weekend with the potential for a ‘NACAM F4 Cup’ combining the results of the two races using the series’ usual points system given it would be too short a run of races to award championship status.