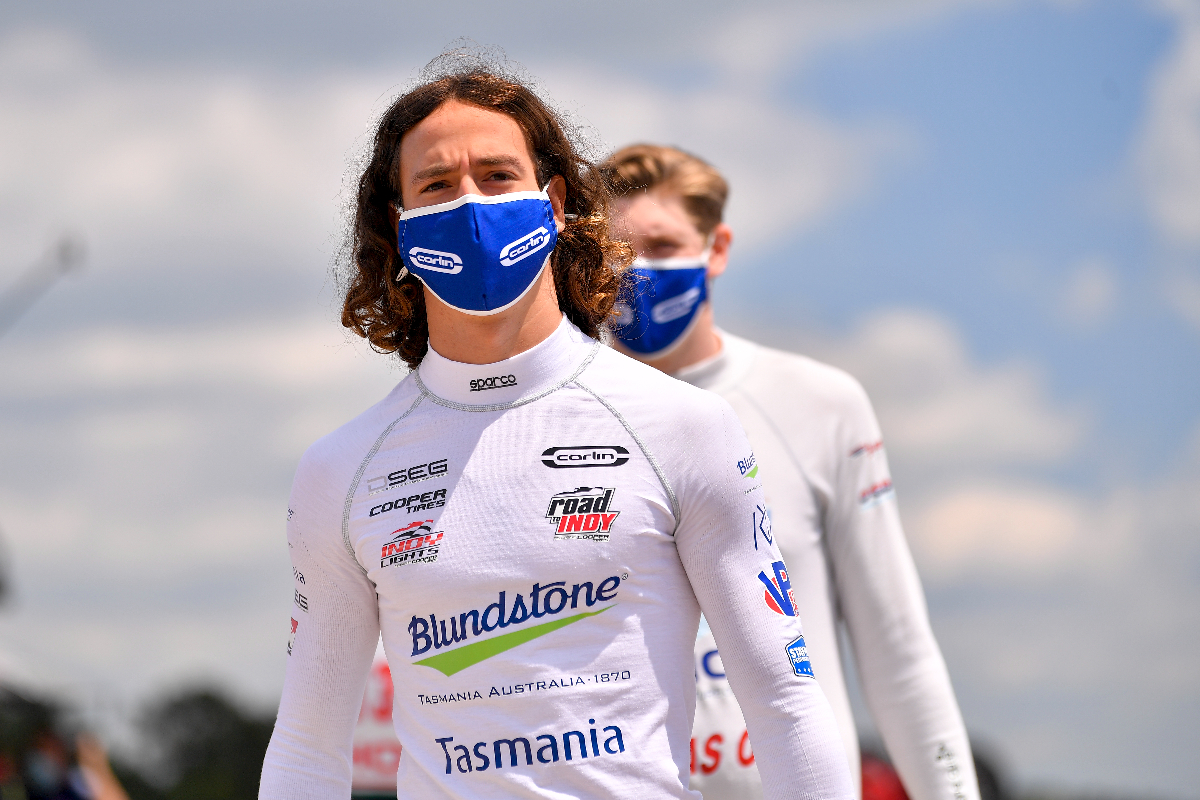 Peroni will pilot an Iron Lynx-run Ferrari 488 GTE Evo in his first taste of sportscars, as he targets a move into WEC following an Indy Lights campaign this year that only lasted two thirds of a season.

He is set to move out of single-seater racing for 2022, closing a chapter in which he made the podium in the FIA Formula 3 Championship as well as breaking his back in a huge Monza crash, and won in Monaco and Pau in the Formula Renault Eurocup.

“Hopefully in endurance,” Peroni said to Formula Scout when asked where he will be racing next year.

“We’re looking for some seats there, some information is going a bit crazy now with LMDh so I think it’s good timing, but there’s a lot of factors in motorsport.”

On whether his first steps would be in a GT car or a prototype, he added: “Who knows? It’s difficult. As I said, there’s a lot of factors, money being a big one. So we’ll see.”

In the LMP2 prototype class of the WEC rookie test, there will be several other junior single-seater stars.

Richard Mille Racing has called upon W Series champion Jamie Chadwick and title runner-up Alice Powell as well as 20-year-old Alpine Europa Cup star Lilou Wadoux, who has deliberately forgone a move into open-wheel racing as she establishes herself on the international motorsport scene.

Dragonspeed meanwhile will replace Henrik Hedman in its LMP2 car with Montoya, whose father Juan Pablo Montoya races for the team and is also down to drive in the test.

Formula Scout asked the younger of the two whether he would like to appear with his father in WEC’s Le Mans 24 Hours race in the future.

“It depends how everything goes,” Montoya replied. “Hopefully, I can race with my dad as team-mates; that would be an incredible experience. It would be cool.”