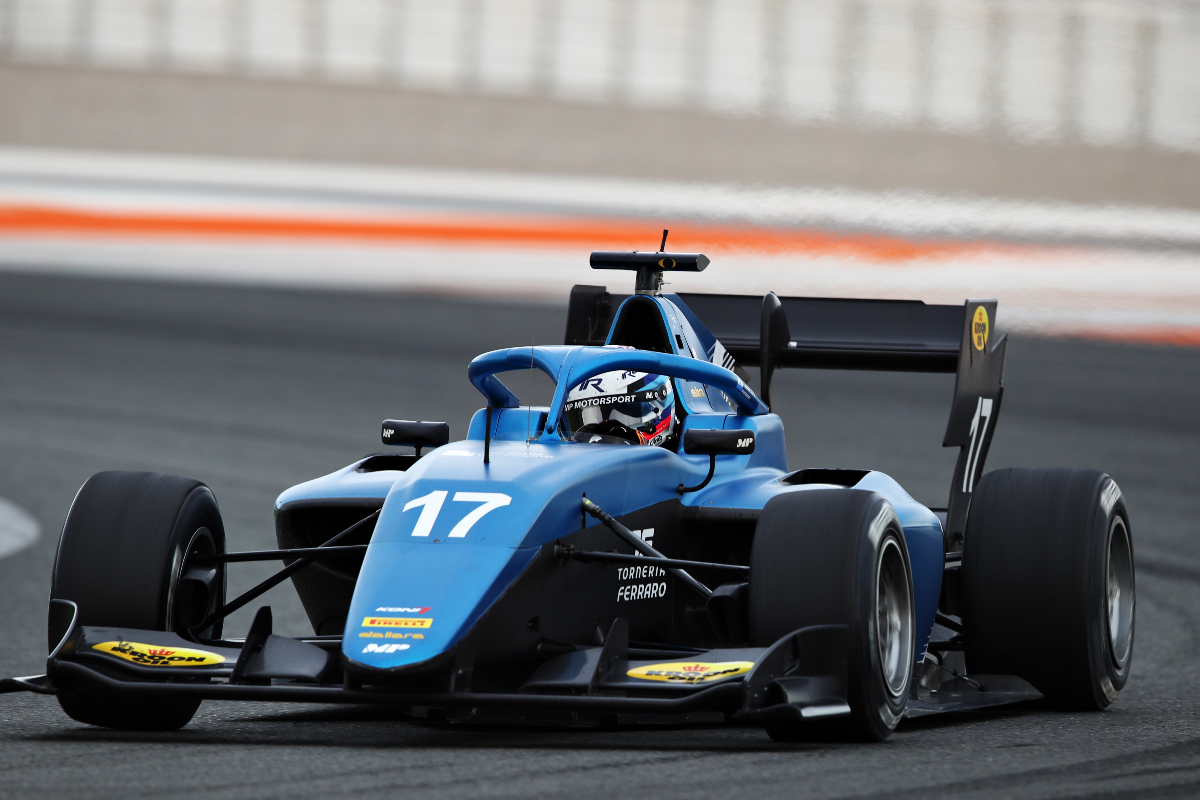 MP Motorsport’s Franco Colapinto was the latest driver to take to the top of the times in post-season FIA Formula 3 Championship testing at Valencia’s Ricardo Tormo circuit.

The Formula Regional European Championship graduate led the way early on, setting a 1m22.757s to set the pace during the first 15 minutes of the three-hour session.

He scrubbed a second off that as the session went on, with his fastest laptime – a 1m21.759s – coming with nine minutes to go.

Edgar sat there the longest, going to the top during the first hour and staying there for an hour when many drivers remained in the pits to save tyres.

It was a similar story at the end, as once Colapinto had set his lap there were very few drivers remaining on track. Kaylen Frederick was an exception for Hitech GP and jumped up to sixth, but otherwise the order had already been set with Saucy, Collet and Prema’s Mercedes-AMG F1 junior Paul Aron all within a tenth of Colapinto and Trident’s Roman Stanek only slightly slower than them in sixth.

Zane Maloney (Trident), Crawford and David Vidales (Campos Racing) were less than two tenths slower than Colapinto in seventh to ninth places, and Ollie Bearman was 10th for Prema.