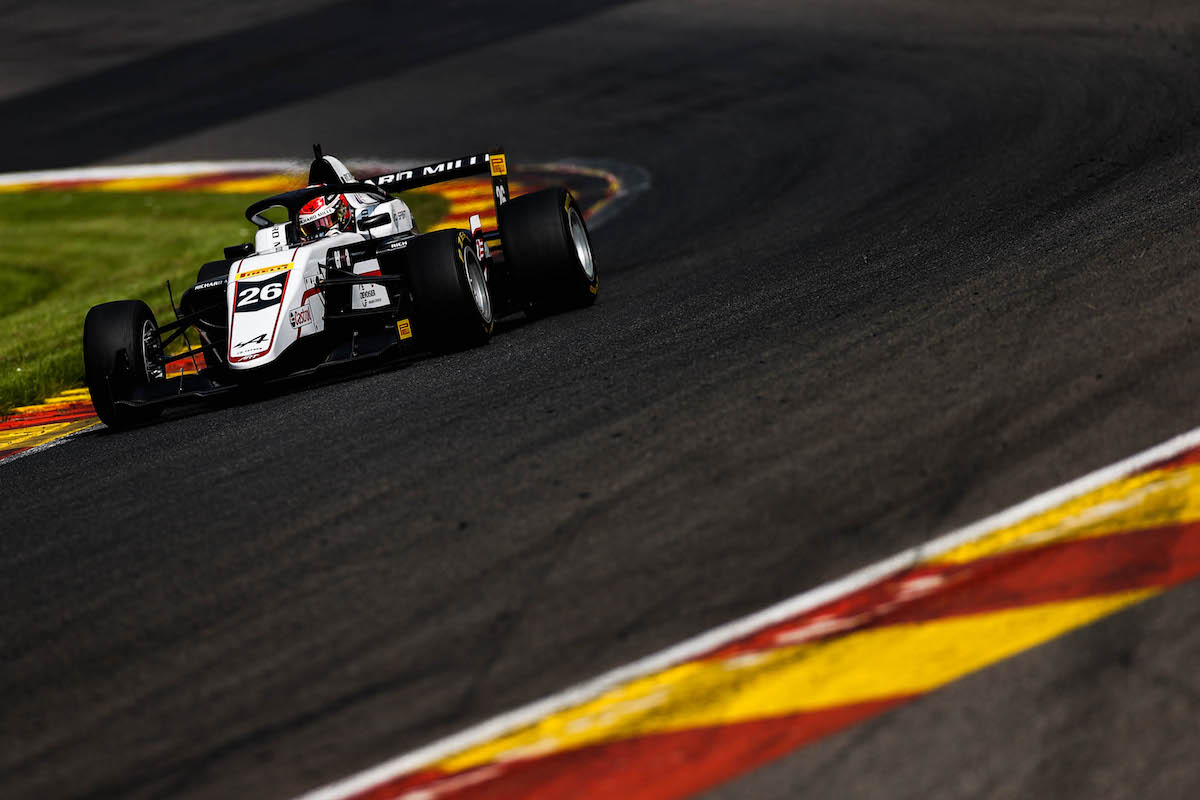 Gregoire Saucy took a deserved win in a thrilling second race of the Formula Regional European Championship by Alpine round at Spa-Francorchamps, holding off a late challenge from Zane Maloney.

Saucy and ART Grand Prix team-mate, Gabriele Mini, made perfect starts from their front row starting positions, with the rest of the field filing through La Source without any incidents.

Mini got a run through Raidillon, and after running side-by-side with Saucy down the Kemmel straight, got ahead round the outside through Les Combes.

Having tried to repass Mini on lap two, Saucy managed to slipstream past in the same spot on lap three. Despite a brief safety car intervention, Saucy was able to maintain a gap to his pursuers of around one second for the rest of the race.

Mini was shuffled down to fourth on lap fourth as first Maloney and then Hadrien David (both R-ace GP) found a way past at the top of the circuit.

Though Maloney was able to reduce the gap to Saucy over the final laps, he was never close enough to make a challenge for the lead.

Behind the four leaders the racing was frenetic, with a train of up to 10 cars swapping places repeatedly around the Ardennes circuit. Prema Powerteam drivers Paul Aron and David Vidales tangled at Les Combes on lap nine, demoting Vidales to the back of the field.

Saturday’s dominant race winner, Michael Belov, had been making quiet progress from 11th on the grid, and the Prema drivers’ clash promoted him to sixth place. With a clear track the G4 Racing driver began to fly, setting fastest lap on lap 10 and again on lap 11.

His pace enabled him to catch and pass Franco Colapinto (MP Motorsport) before hauling in Mini at over 0.7s a lap. He closed to just 0.35s behind at the flag after a superb drive.

With the next round at Nurburgring having been cancelled as a result of the terrible flooding in the Eifel region, Saucy heads into the enforced summer break with his series lead restored to 60 points over David.