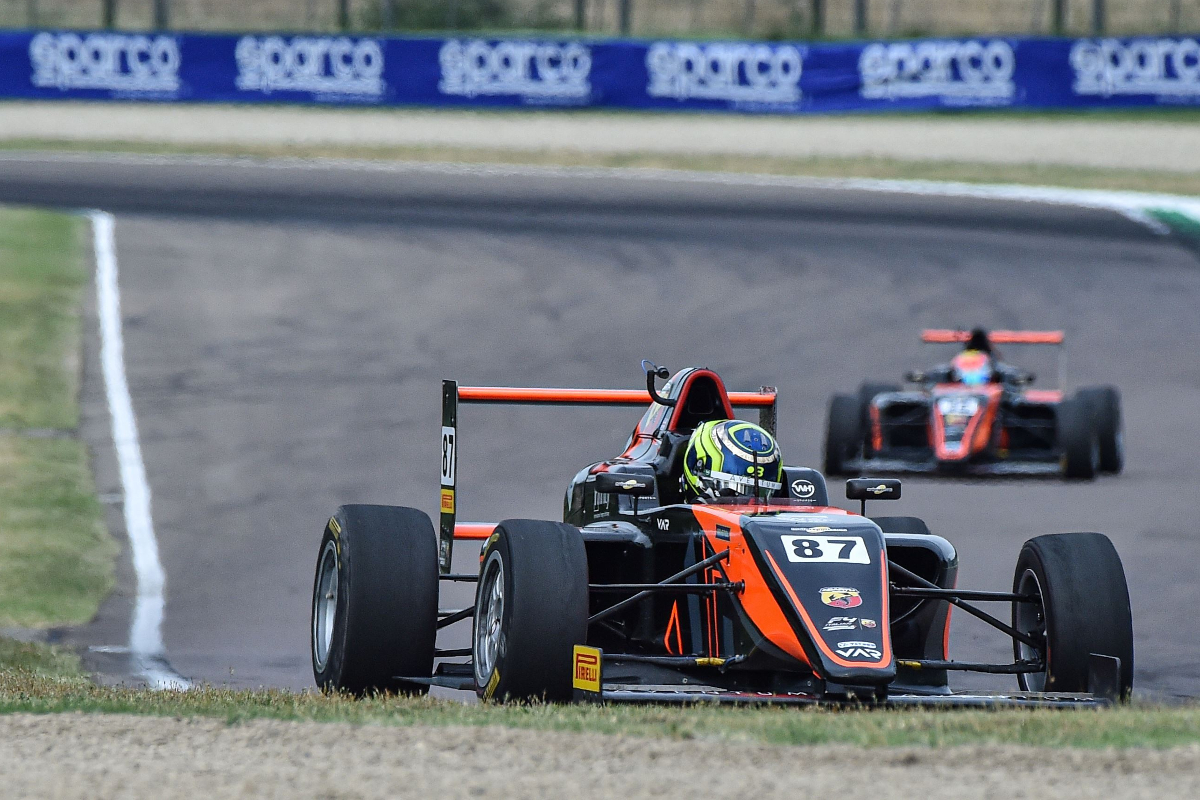 Iron Lynx’s Leonardo Fornaroli started alongside Bearman on the front row, but he was outlaunched by Bedrin and Prema’s Sebastian Montoya behind, with Bedrin getting through on the inside while Montoya moved ahead of him on the outside entering Tamburello for the first time.

Bedrin didn’t let Bearman get away, and hounded him for the whole race but couldn’t quite get close enough to make a move until the final lap. He aimed for the inside at Tamburello but Bearman just stayed ahead.

Montoya conceded third place back to Fornaroli at the end of lap five by going wide out of Rivazza 2 and skating through the gravel before returning to track alongside his Italian rival, who then passed him.

Joshua Dufek pressured Montoya once he’d fallen back to fourth, and brought himself onto the back of the lead five-car train. He too couldn’t make a pass though, with the top five spread by 2.713 seconds by the end and with Bearman in front throughout.

Further back Francesco Braschi was a lonely sixth ahead of Joshua Duerksen, while Braschi’s Jenzer Motorsport team-mate Samir Ben in eighth place led a queue of cars including Erick Zuniga – who had an early off while battling with team-mate Duerksen – and AKM Motorsport’s Lorenzo Patrese.

Ben’s holding of eighth place was assisted by Patrese’s contant hassling of Zuniga, but the second-generation racer eventually took the position on lap 12. A few laps later he cleared Ben too for his best result of 2021.

The battle for the lower points places had included Kirill Smal early on before he spun out of sixth at Variante Alta, and then at the same corner a few laps later Bence Valint spun around Maya Weug (although she was penalised 10s) and was then rear-ended by Conrad Laursen. They all dropped to the back while double yellow flags were waved as Laursen’s car was recovered.

Smal had a clash with one of Jenzer’s drivers on the final lap that led to red flags being waved and results being taken from the previous lap.