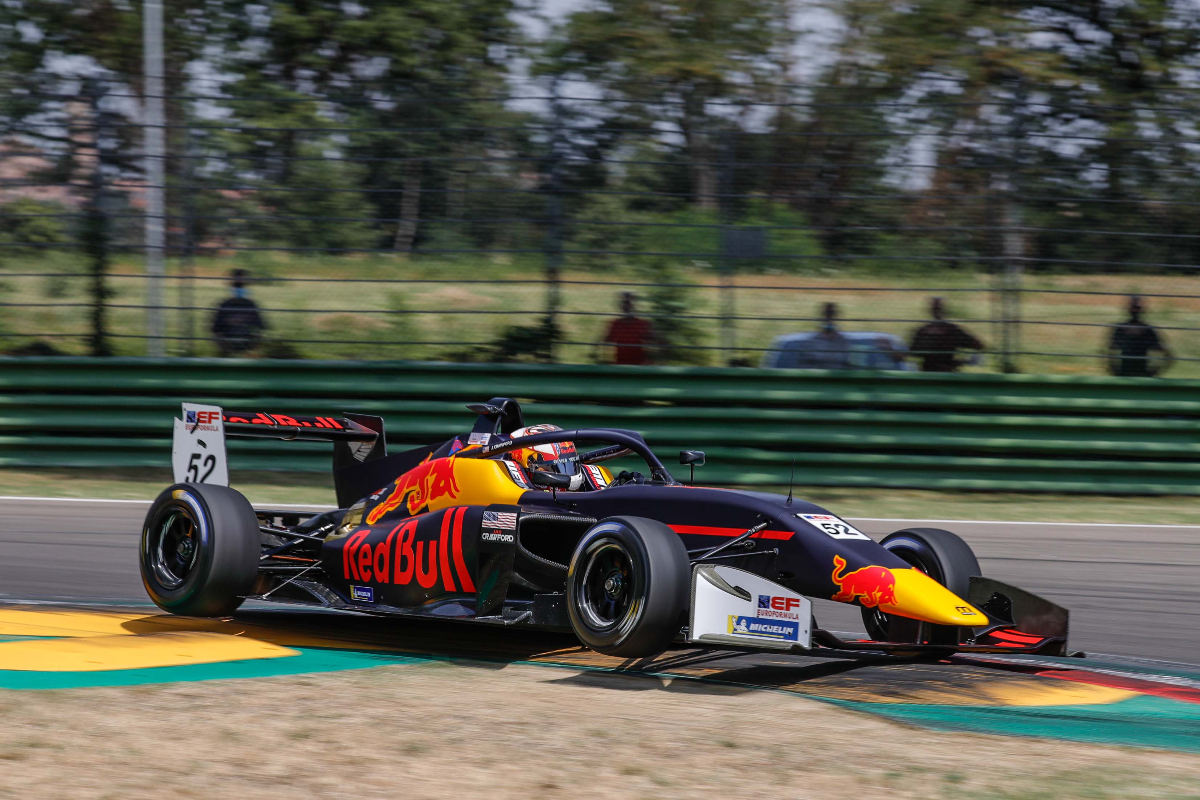 Polesitter Crawford led at the start and the weekend-long scrap between the two team-mates continued from the off.

The battle came to a brief halt when a collision occurred on lap two. Carlin’s Enzo Trulli slowed out of the first part of Rivazza after being rearended by CryptoTower Racing Team’s Louis Foster, and the oil from Trulli’s broken gearbox that covered the track then led to VAR trio Rafael Villagomez, Cem Bolukbasi and Casper Stevenson all facing the wrong way or in the gravel shortly after.

Villagomez punted Bolukbasi on the slippery surface and the latter spun, while Stevenson went off track. Both Stevenson and Villagomez made it to the pits, but Bolukbasi’s race was over.

Stanek got by Crawford on the restart on lap five but did so before crossing the start/finish line.

While he continued to lead for a couple of laps, he was under investigation for the move. He dropped back behind Crawford on lap seven and was no longer being investigated afterwards.

Crawford opened up a healthy advantage in the remainder of the race and was able to come through to secure his fourth victory of the season.

One of the closest battles was between title combatants Cameron Das and Louis Foster, with Nazim Azman not far behind, as is also the case in the points. Das came out on top and thus extended his championship lead to three points.

Despite an off on the opening lap after contact with Zdenek Chovanec, Branden Lee Oxley came through to take sixth to round out his first weekend in the category.

Filip Kaminiarz had a race-long battle with Mason over seventh, but the pair made contact on the final tour at Tamburello, giving Mason a puncture. Kaminiarz was able to carry on to finish seventh but still needed being picked up by one of the recovery vehicles to make it back to parc ferme, while Mason dropped out of the points and also needed recovering post-race.

Chovanec took eighth, while Stevenson and Enzo Scionti rounded out the top 10 and the points finishers. Post-race, Kaminiarz was penalised five seconds, which dropped him to ninth.

Villagomez (who retired late on with radiator damage), Trulli and Bolukbasi were the non-finishers.