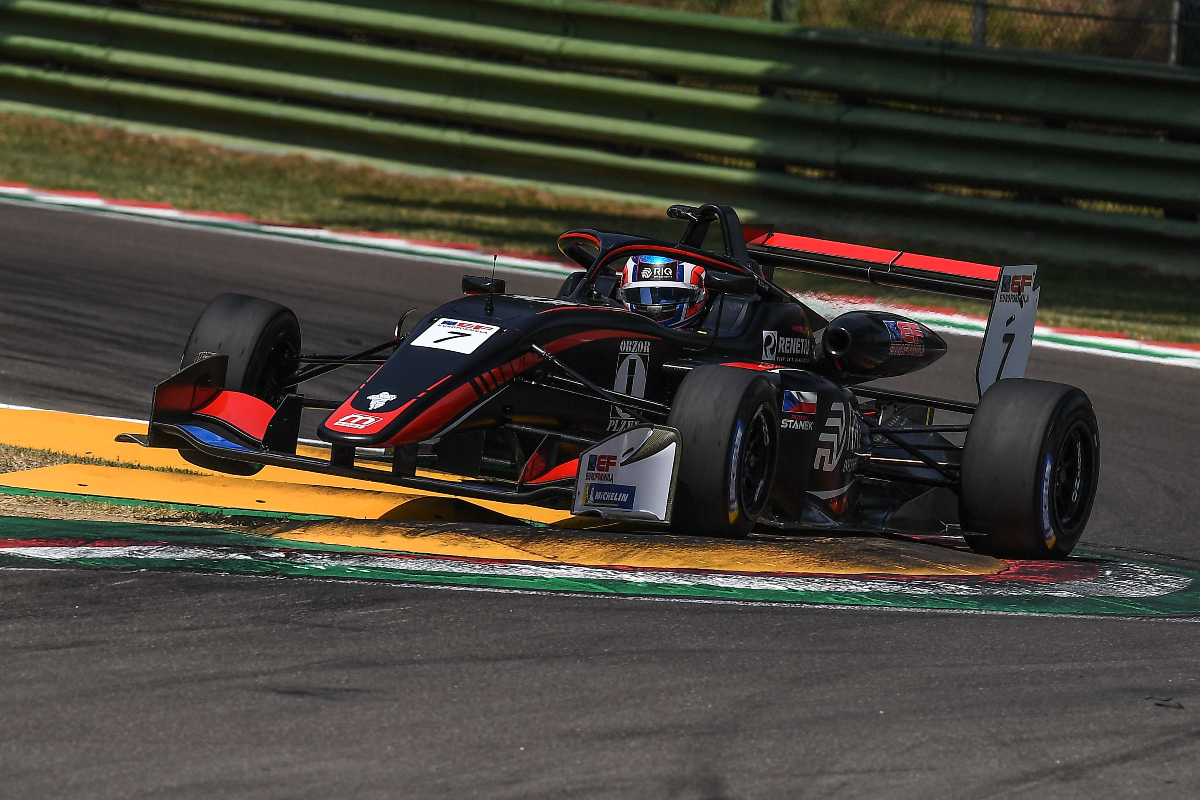 Roman Stanek became a Euroformula race-winner on his second start in the series after holding off Motopark team-mate in a close battle at Imola.

A slow start from Das immediately dropped him to fourth, while Stanek went in chase of Villagomez. It took four laps for him to be close enough to attempt a move for the lead, and he did so around the outside of Tamburello.

Crawford then got past Villagomez at Rivazza 1, having already passed Das at Tamburello and Louis Foster at Tosa on lap two and moved ahead of Cem Bolukbasi by taking slightly to the grass on lap three.

There was a gap close to two seconds for Crawford to make up on Stanek, and he set fastest lap in his pursuit of the new race leader. However once he got onto his team-mate’s gearbox he couldn’t find a way to make it through with the dirty air, particularly as Stanek was stronger through Rivazza and therefore could ensure Crawford wasn’t too close down the pit straight.

Their battle ran for half of the race, and culminated on the final lap with Crawford swarming all over the rear of Stanek but finishing 0.125 seconds short of victory.

As Stanek and Crawford pressured each other they also pulled away by 14s over Villagomez, who had VAR team-mate Bolukbasi chasing him at the end.

CryptoTower Racing Team’s Louis Foster got involved in the battle for fourth briefly. He pressured Bolukbasi in the early laps and late in the race too before a small error at Tamburello meant the slipstream was broken to the cars ahead and he dropped back in fifth. In the middle of the race he had faded to sixth behind Carlin’s Enzo Trulli, before he pitted with an issue.

Casper Stevenson ended up in sixth for VAR after a race-long battle with CryptoTower’s Nazim Azman, and the points positions were completed by Double R Racing’s Josh Mason and Drivex School duo Branden Lee Oxley and Enzo Scionti.

Trulli and Das finished a lap down, as Das plummeted down the order before pitting, but by both taking on new tyres mid-race they will be towards the front of the grid for race three, which is based on the fastest laptimes of the first two races.