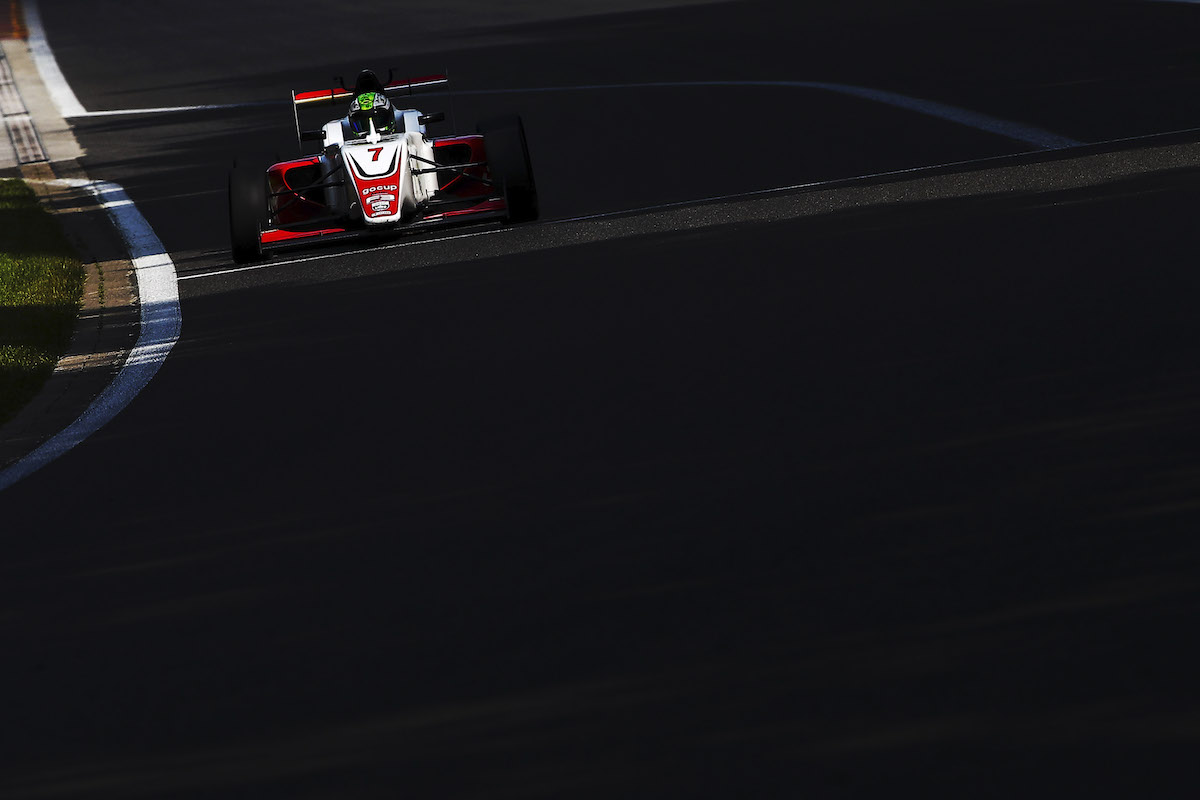 Faria passed Grundtvig, who had led the majority of the race, on the penultimate lap before taking the win by 1.6 seconds.

Fortec were denied a podium lockout on the final lap when Hitech’s Reece Ushijima passed debutant Hunter Yeany for third.

Grundtvig climbed from third on the grid to take the lead on the Kemmel Straight and built a 1.3s advantage by the end of the opening lap.

Faria moved past Marzorati for third at the chicane before taking second away from Juffali at the Campus chicane.

The Brazilian edged closer to Grundvtig throughout the race, and finally got a run on his team-mate on the Kemmel Straight with two laps to go. Grundtvig defended the inside line into Les Combes but ran deep, allowing Faria to sweep by into the lead on the exit.

Marzorati dropped down the order early on after running wide at Pouhon, while Juffali was able to remain in third for a few laps.

But, after losing the place to Yeany, Juffali’s race ended in the barriers at Campus after contact with Ushijima.

Ushijima snatched the final podium place from Yeany on the final tour after slip streaming by on the Kemmel Straight.

Roman Bilinski, winner of Saturday’s second race, rose from 12th on the grid to finish fifth for Arden ahead of race one victor Christian Mansell – who avoided damage in an incident at the chicane while trying to make his way up the order.

Hitech’s Sebastian Alvarez – who had been battling Ushijima for fourth early on – lost his front wing in the collision and dropped out of contention, while Elite Motorsport’s Javier Sagrera was spun around by Mansell.

Championship leader Zak O’Sullivan was able to hold on to seventh place despite a 5s penalty for track limits. The Carlin driver had an eventful race, climbing from 15th to 7th early on, but then lost ground after contact at Les Combes with Alvarez.

But the Carlin driver recovered to finish ahead of Elite’s Tom Lebbon, who pipped Ayrton Simmons (Chris Dittmann Racing) to eighth on the finish line.