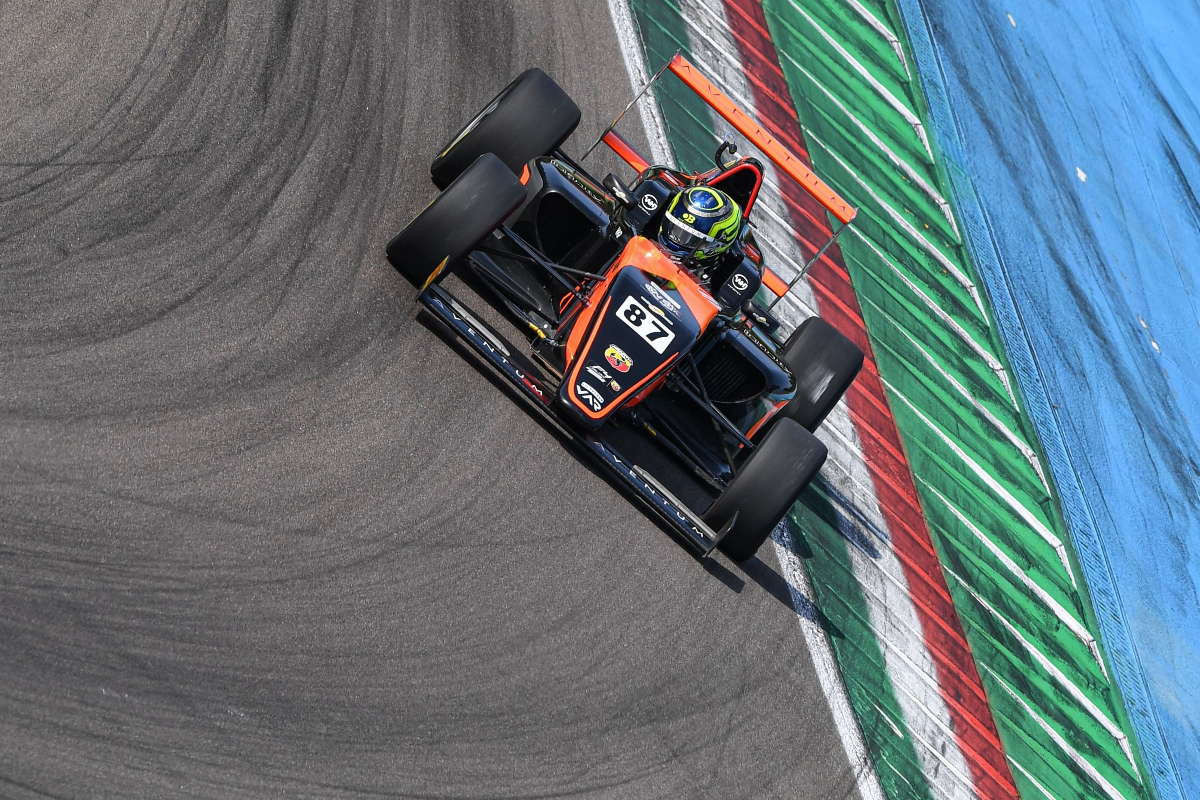 Ollie Bearman extended his record run of Italian Formula 4 wins to seven in a row in the second race at Imola.

A strong start from pole meant Bearman evaded any opening lap pressure, but the gap he created early on was then whittled down by Iron Lynx’s Leonardo Fornaroli over the next laps until a safety car period then reduced it to nothing.

The safety car was called out after Prema’s Kirill Smal and Jenzer Motorsport’s Francesco Braschi collided at Tamburello. Braschi stopped in the gravel, while Smal kept going in 12th after launching over the kerbs.

Fornaroli attacked Bearman on the restart but then had Bearman’s Van Amersfoort Racing team-mate Nikita Bedrin to defend from too and that meant the lead went unchanged  until the safety car was summoned again a lap later as Eron Rexhepi went off at Villeneuve and Jenzer’s Samir Ben span off at Tamburello. Mucke Motorsport’s Jonas Ried also retired.

The second restart went perfectly for Bearman and Fornaroli, who fled the battling behind to continue their own lead battle. Fornaroli never quite got close enough to pass, although tried to draw alongside entering Tamburello a few times, and Bearman took victory by 0.282 seconds.

Bedrin finished third ahead of Prema’s Sebastian Montoya, who passed Mucke’s Joshua Duerksen down the inside of Tamburello on the penultimate lap.

Montoya attacked Fornaroli at the start of the race but ran through Tamburello and tumbled down the order, with Prema team-mate Smal also making an error that dropped him places. Both recovered places, with Montoya up to seventh by the time of the first safety car period.

He made up another spot on the restart, while Smal had several more trips through the gravel that compounded his progress before retiring in the pits.

VAR’s Joshua Dufek went to pass Duerksen for fifth with a lap to go but locked up and dropped to seventh behind team-mate Bence Valint.

Mucke’s Erick Zuniga stalled at the start and fell to last, but recovered to finish 13th.