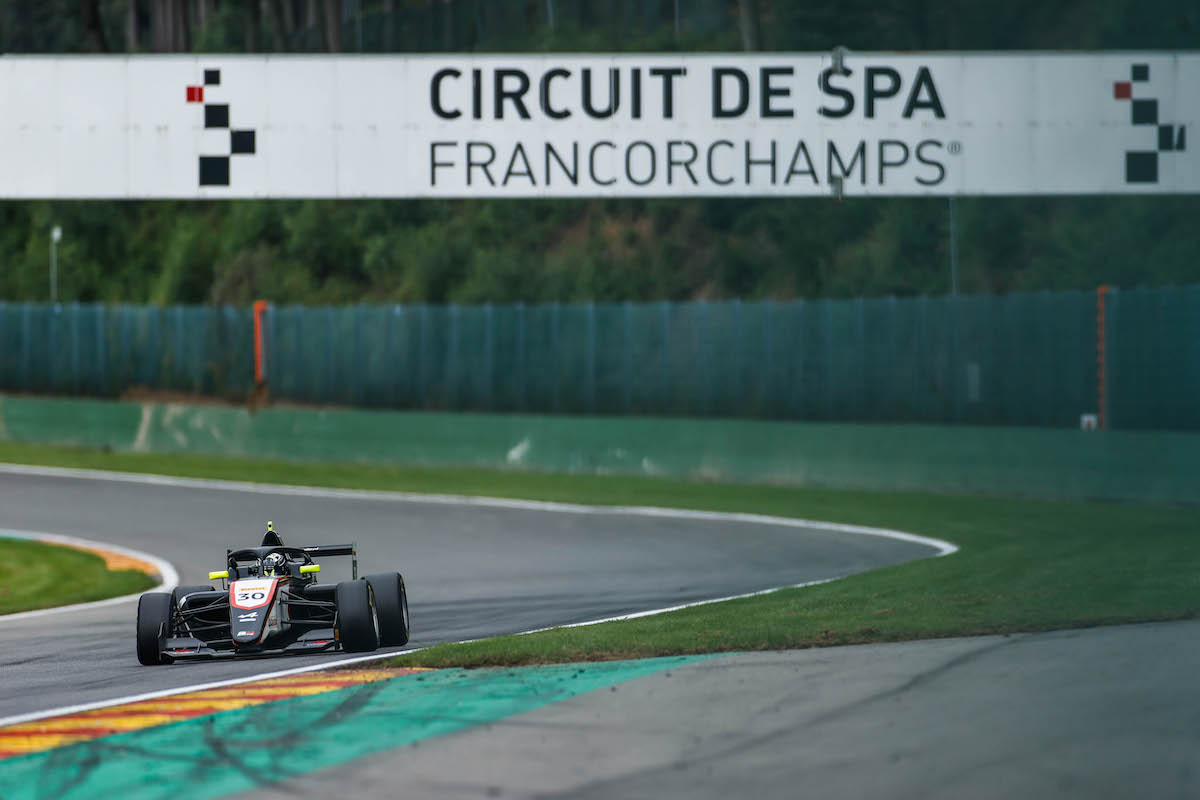 Michael Belov took his and the G4 Racing team’s first win in the Formula Regional European Championship by Alpine by dominating race one in awful conditions at Spa-Francorchamps.

On an initially damp track, Belov led away from pole position as fellow front row starter Isack Hadjar bogged down.

Hadjar’s R-ace GP team-mate, Hadrien David on the other hand made a lightning start from the second row, putting two wheels on the grass on the short run to La Source before diving inside Belov.

David ran wide on the exit and Belov was able to repass, before the third R-ace GP driver Zane Maloney got a good run up the straight and made an unsuccessful attempt to pass Belov round the outside at Les Combes.

From that point the Russian driver was never threatened.

Prema Powerteam’s David Vidales made a superb start from eighth to take fourth place on lap one, but on the next lap he put two wheels onto the kerb running through Curve Paul Frere, spinning into the barrier on the inside. With the car in a dangerous position the safety car was mobilised.

After three laps and over 14 minutes behind the safety car, Belov managed the restart to perfection. Within a lap he had pulled out a gap of 2.9 seconds, which he extended to 9.1s by the flag

Maloney ran wide out of Pouhon on the penultimate lap, allowing David back up to second place at the finish.

Championship leader Gregoire Saucy (ART Grand Prix) made outstanding progress from 24th on the grid. After just one lap he was up to 10th, moving up to eighth on the next tour. Saucy took a look at Hadjar at the start of the last lap but dropped back after running wide at Raidillon.

Saucy retains a comfortable 50-point lead at the top of the table from David in second, while Maloney moves up to third, eight more points behind.