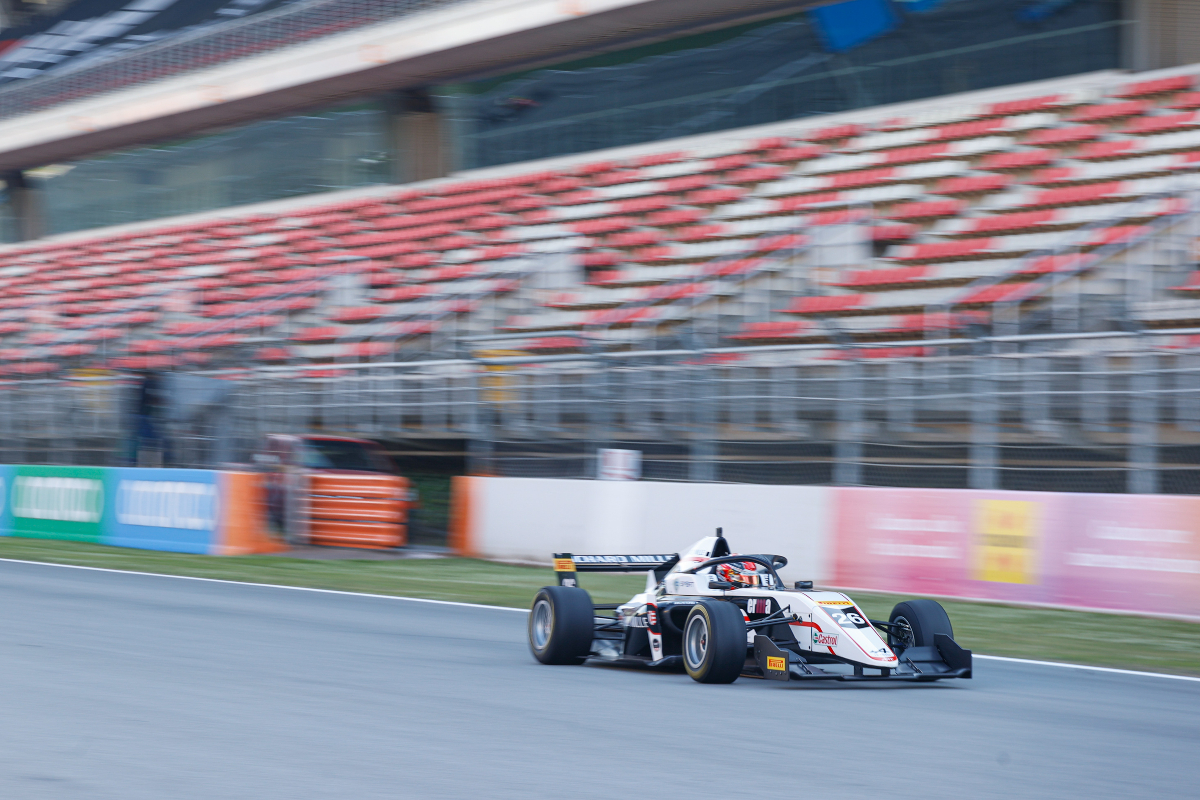 Gregoire Saucy picks up his second pole of the Formula Regional European Championship season in the opening qualifying session at Barcelona.

Saucy jumped up to the top of the times late in the session with a 1m41.667s lap. It put him more than a tenth of a second clear of ART Grand Prix team-mate Gabriele Mini, who was relegated to second place.

While many in the field found improvements in the closing stages of the session, none could get close to either of the pair, and they line up on the front row of the grid for the opening race of the weekend.

Van Amersfoort Racing’s Mari Boya ended the session in third, ahead of Prema’s Paul Aron and Arden’s Alex Quinn, who had both set the pace early on.

Many drivers had their final laps disrupted by Quinn’s team-mate Nicola Marinangeli, who ran through the gravel twice during the session. Both times he was able to get out of the gravel unaided, but briefly brought out the yellow flags while drivers tried to complete their final flying lap.

He himself was unable to break into the top 20, though team-mate William Alatalo was seventh fastest behind Prema’s Dino Beganovic.

R-ace GP pair Isack Hadjar and Zane Maloney and ART GP’s Thomas Ten Brinke completed the top 10. The other two R-ace cars featured at the back, with Lena Buhler qualifying 32nd for her series debut after recovering from a hand injury and Hadrien David spending much of the session in the pits with the team working on the rear of his car and he failed to set a representative lap.

There was drama early in the session as Prema’s David Vidales came under investigation for an unsafe release. The Imola race winner’s session didn’t improve much from that point on, as he struggled to find a rhythm and ended the session in 19th.