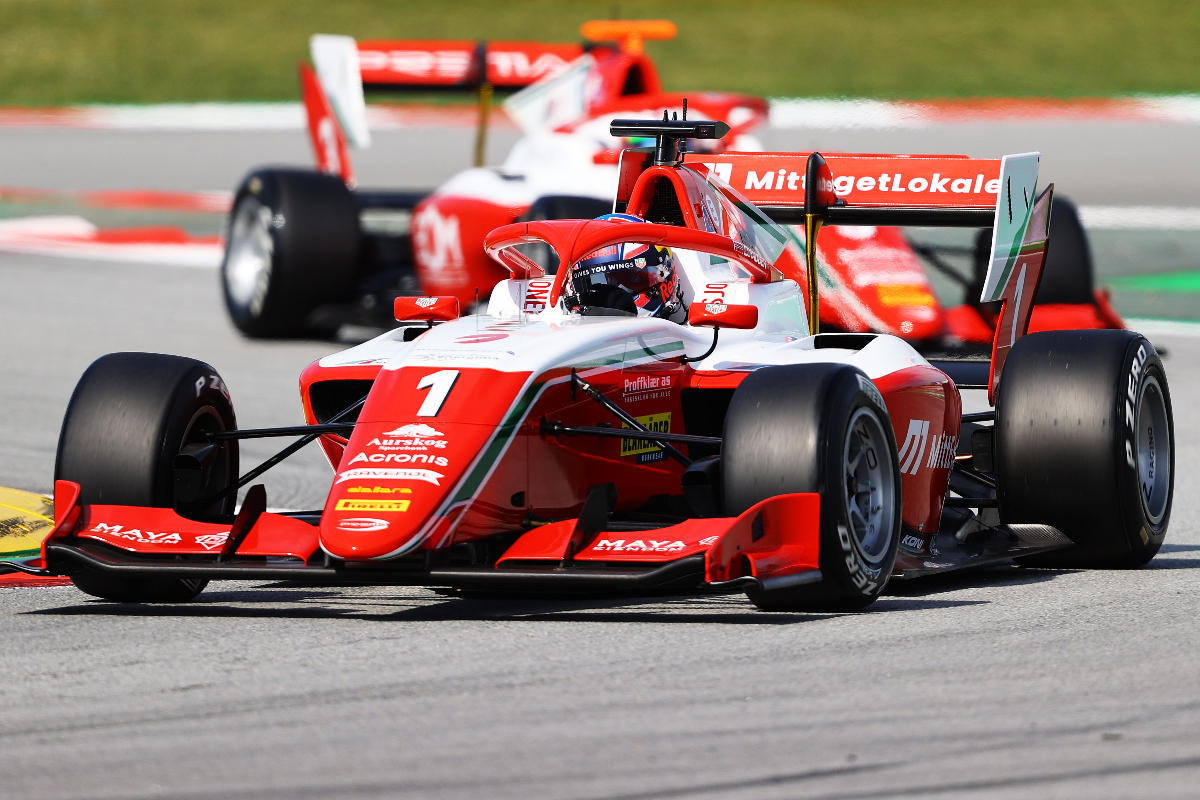 The top three at the end of qualifying were separated by less than a tenth of a second, while Trident’s Jack Doohan was denied pole position by just 0.006s.

Hauger’s 1m32.904s lap that beats him puts the Prema on pole for Sunday’s third and final race of the weekend in the first use of the series’ new format.

Doohan set the pace early in qualifying and was quickest ahead of Hauger after the first round of competitive laps. Both drivers found improvements in their final laps of the session, but Doohan didn’t qute have enough to retain the top spot.

Nobody could touch the top two in the closing stages, but third place changed hands three times as the final laps came in.

ART Grand Prix’s Frederick Vesti moved up to third with a 1m33.173s lap, only to be bumped down to fourth by a flying Matteo Nannini for HWA Racelab

Formula Renault Eurocup champion Victor Martins was one of the final drivers to take the chequered flag at the end of the session and the MP Motorsport driver jumped up to third, just 0.061s behind Hauger.

His 2020 title rival and F3 team-mate Caio Collet also improved on his final lap to jump into the top 10, knocking Juan Manuel Correa outside the top 12 and denying the ART GP driver reversed grid pole for his motorsport comeback.

Pole for the first race of the weekend goes the way of Carlin’s Jonny Edgar, who was 12th fastest and benefits most from the top 12 being flipped.

Logan Sargeant, who was only announced as racing earlier this week, put in an impressive performance for Charouz to go eighth quickest, ahead of David Schumacher and Collet.