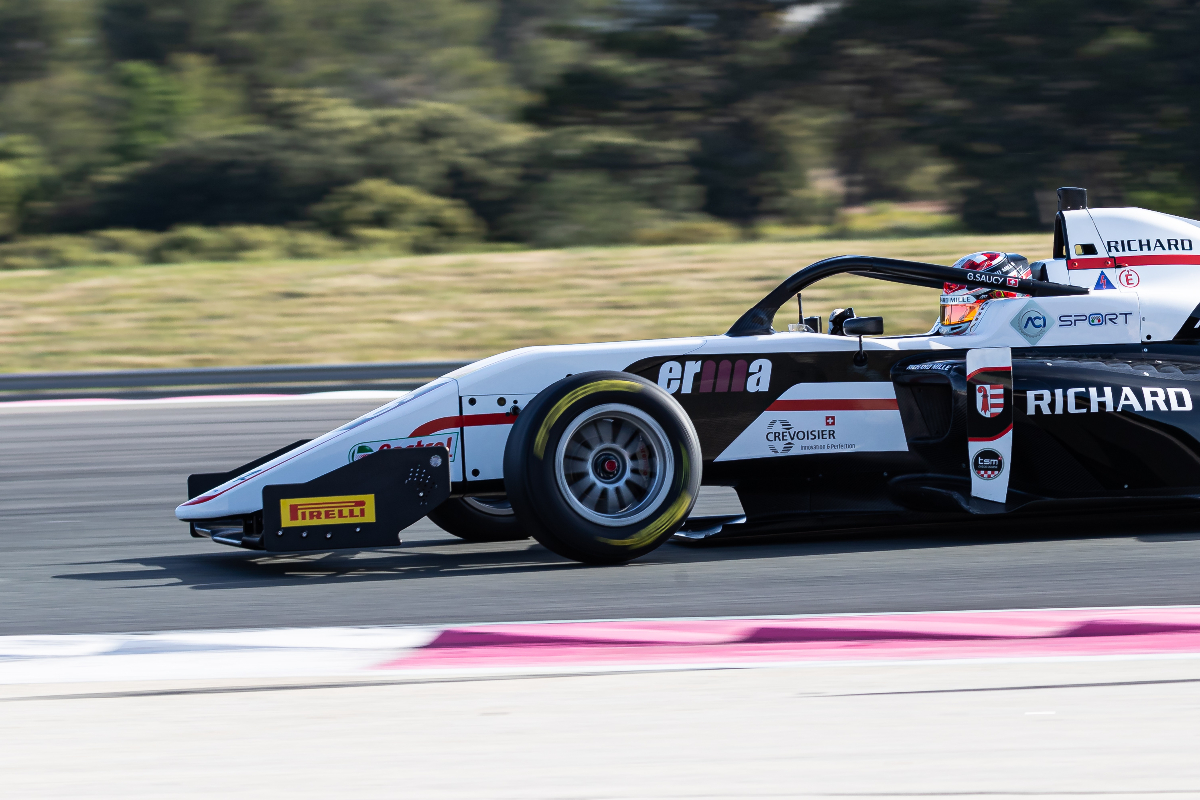 The 30-minute race was cut short by two minutes before it got underway, as Monaco winner Isack Hadjar had an issue on the grid, prompting a second formation lap.

Saucy made a decent start to assert himself into the lead, but the safety car was brought out before the end of lap one.

Van Amersfoort Racing’s Mari Boya had run wide at Turn 5 and dropped back through the order as he took to an alternative route.

When he was back on track, he found himself racing team-mate Lorenzo Fluxa down the Mistral Straight, but a third car came along and squeezed the team-mates into each other, eliminating both.

With 17 minutes on the clock, racing resumed and Saucy was able to gradually open up a gap to R-ace GP’s Hadrien David.

The gap was around three seconds when, with two minutes to go, the safety car was called upon again for team-mates colliding.

G4 Racing’s Axel Gnos and Alessandro Famularo were squabbling over 21st place when Gnos locked up and tagged Famularo.

This meant the race ended behind the safety car, with the top six unchanged from qualifying as little overtaking occurred.

This meant JD Motorsport wildcard debutant Michael Belov finished third, but the 15 points for the position were awarded to ART GP’s Gabriele Mini in fourth.

R-ace’s other Monaco winner Zane Maloney was fifth, ahead of KIC Motorsport’s Patrik Pasma. Arden’s Alex Quinn made up a position, as did MP’s Kas Haverkort (who scored his first points of 2021) ahead of Thomas ten Brinke.

There was some scrapping further back, with the most dramatic being G4’s Belen Garcia running wide and breaking her front wing. R-ace’s Hadjar did get going from the pitlane and ended the race in 22nd.

MP Motorsport’s Oliver Goethe and Monolite Racing’s Piedro Delli Guanti are under investigation for overtaking under the first safety car period, but they finished outside of the points.