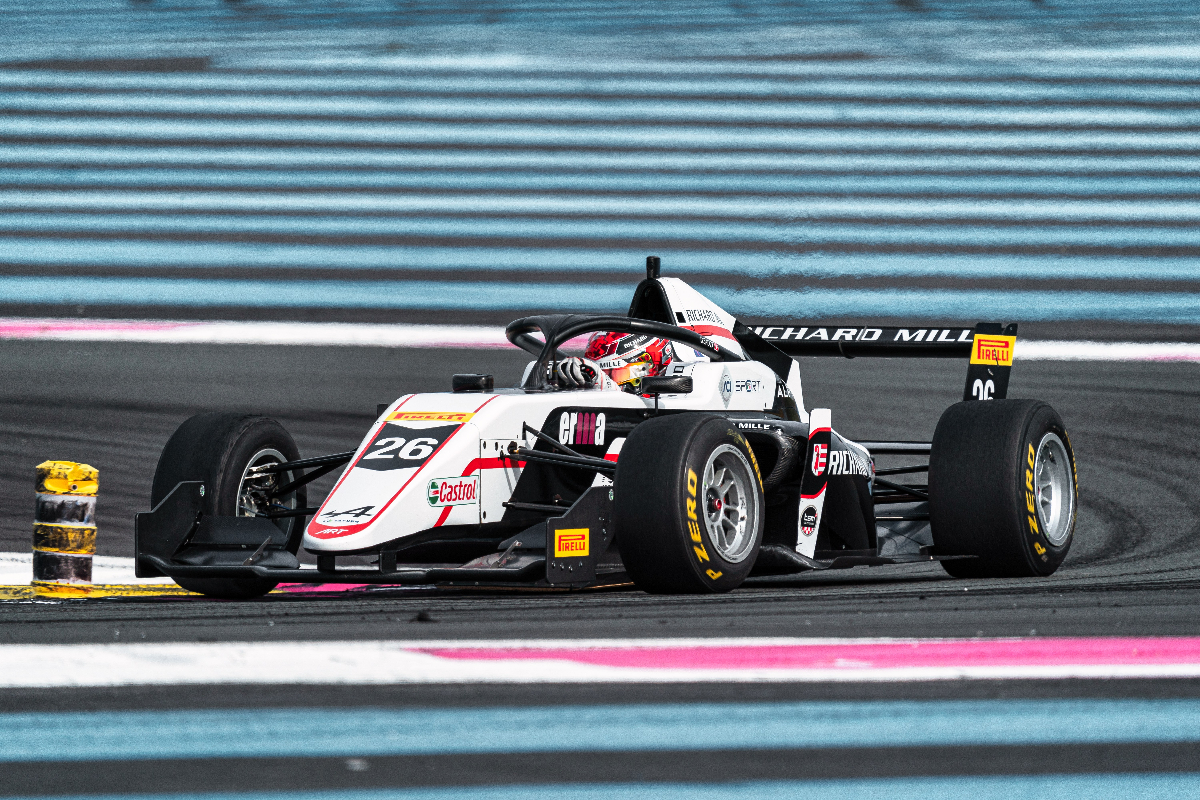 The Swiss driver, who took poles at Imola and Barcelona in the first two rounds of the season, never looked seriously challenged around the French track and his 1m57.787s lap that earned him pole was 0.392 seconds up on the next best.

R-ace GP’s Hadrien David was able to go second faster, but Saucy’s team-mates were not able to match what they were capable of in testing and Gabriele Mini ended up qualifying fourth and Thomas ten Brinke qualifying seventh.

Filling the spaces between them included drivers who did carry over their test form, including FREC debutant Michael Belov in third place.

The JD Motorsport driver previously raced in Regional Formula 3 in Asian F3 and the Formula Renault Eurocup, and is joining FREC this weekend after he missed out on a FIA F3 Championship drive. He was the only driver other than David to get within half a second of Saucy’s pace.

R-ace’s Zane Maloney and KIC Motorsport’s Patrik Pasma fill the third row of the grid for race one after qualifying fifth and sixth, while the top 10 is completed by Alex Quinn (Arden), Kas Haverkort (MP Motorsport) and Isack Hadjar (R-ace).

The Prema drivers struggled for pace, with Dino Beganovic the fastest of the team’s three drivers in 12th, just ahead of MP returnee Franco Colapinto.