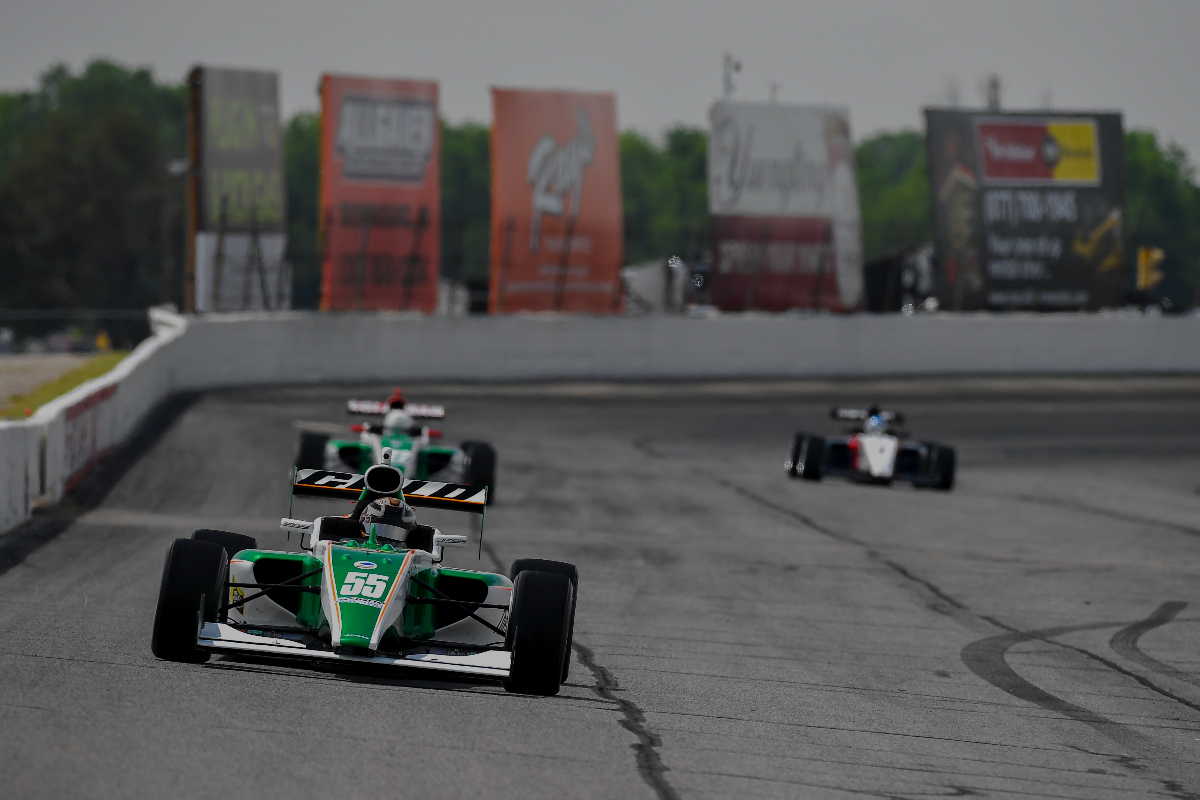 Indy Pro 2000 and USF2000 has postponed their races at Lucas Oil Raceway by a day after Friday’s schedule was washed out.

The two series, which usually support IndyCar, were supposed to race in the afternoon at the short oval but returning rain showers led to the day’s action being postponed by several hours, before free practice was then called off.

With qualifying haven taken place on Thursday this didn’t impact the racing, but there were then further postponements.

IP2000 eventually set out on track late at night, running five laps behind the pace car before red flags were waved and all drivers returned to the pits as rain returned to the circuit. The drivers stayed in the pits and no race classification was given.

It was eventually decided upon that the whole schedule should be moved back by a day, with the remaining 85 laps of IP2000’s Freedom 90 race starting at 11am local time and with Juncos Racing’s Reece Gold leading the field away.

Currently occupying the podium positions behind him are Exclusive Autosport’s Braden Eves and Jay Howard Driver Development’s Christian Rasmussen. All 11 cars, a number that was smaller than expected to the absence of RP Motorsport’s Enaam Ahmed after he ran out of budget, made it through the initials safety car period without issue.

USF2000 will now run straight after at 11:45am for its Freedom 75 race. Cape Motorsports’ Michael d’Orlando and DEForce Racing’s Prescott Campbell will share the front row of the grid.

There is no Indy Lights action this weekend, as the Freedom 100 race held at Indianapolis Motor Speedway was not on the calendar for the series’ 2021 season. The top five on the grid for Sunday’s Indianapolis 500 are all Indy Lights graduates.