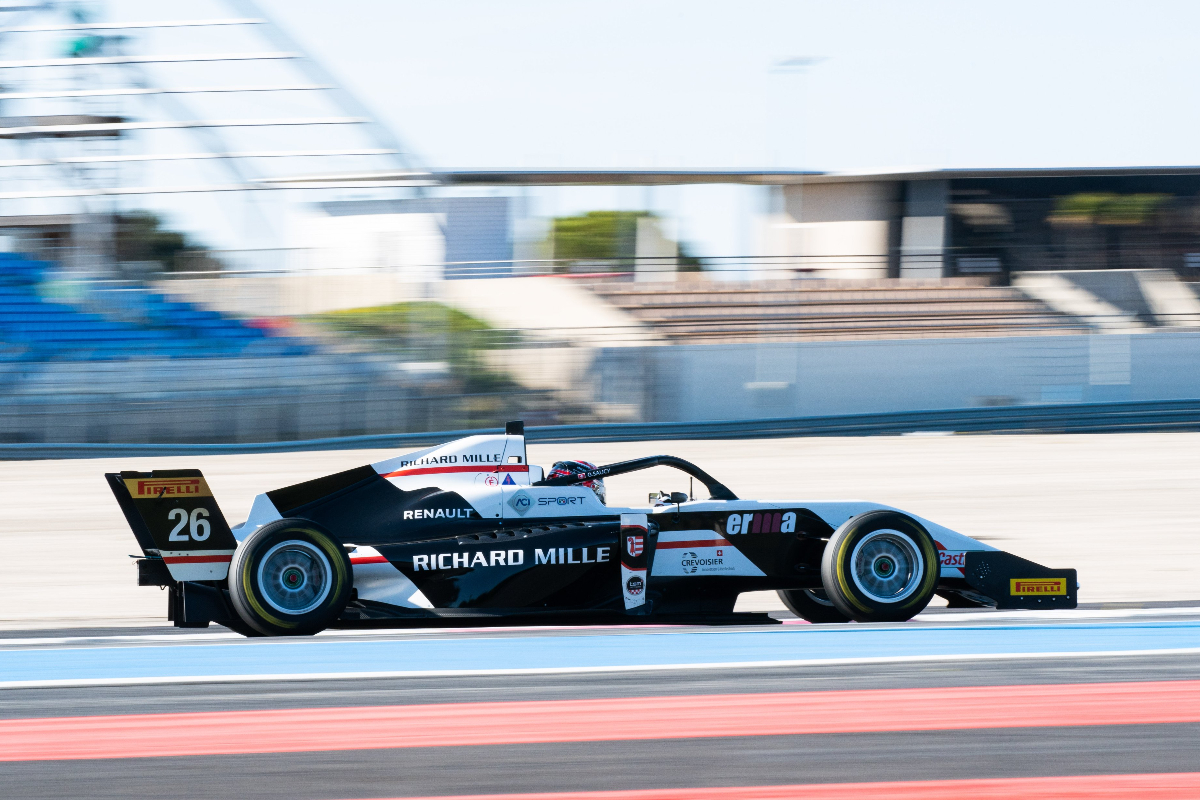 Saucy returned to form after his domination of the opening two rounds but dissapointing Monaco weekend by going fastest by 0.416 seconds in the first session of the day, with R-ace GP’s Hadrien David his closest rival.

Saucy didn’t take long to move into first place again in the second session, very quickly setting a 1m59.095s, and then breaking into the 1m58s with half an hour to go.

At that point it was an ART GP 1-2-3, with Mini and Thomas ten Brinke the only drivers getting within a few tenths of a second of Saucy’s pace.

With 12 minutes to go Saucy was pushed off top spot by Mini, who set a 1m58.664s lap, and he then went even faster next time by with his team-mates improving in second and third.

Pasma then went fastest, leading R-ace’s Isack Hadjar, before the ART GP drivers responded with a few minutes remaining and Saucy set a new 1m58.160s benchmark. He used his final lap to reinforce his place at the top with the first sub-1m58s lap of the day.

Mini crossed the line with an improvement but still 0.338s slower than Saucy, while David rose up to third place. The last driver to meet the chequered flag was JD Motorsport’s Michael Belov, who went fourth fastest ahead of his FREC debut.