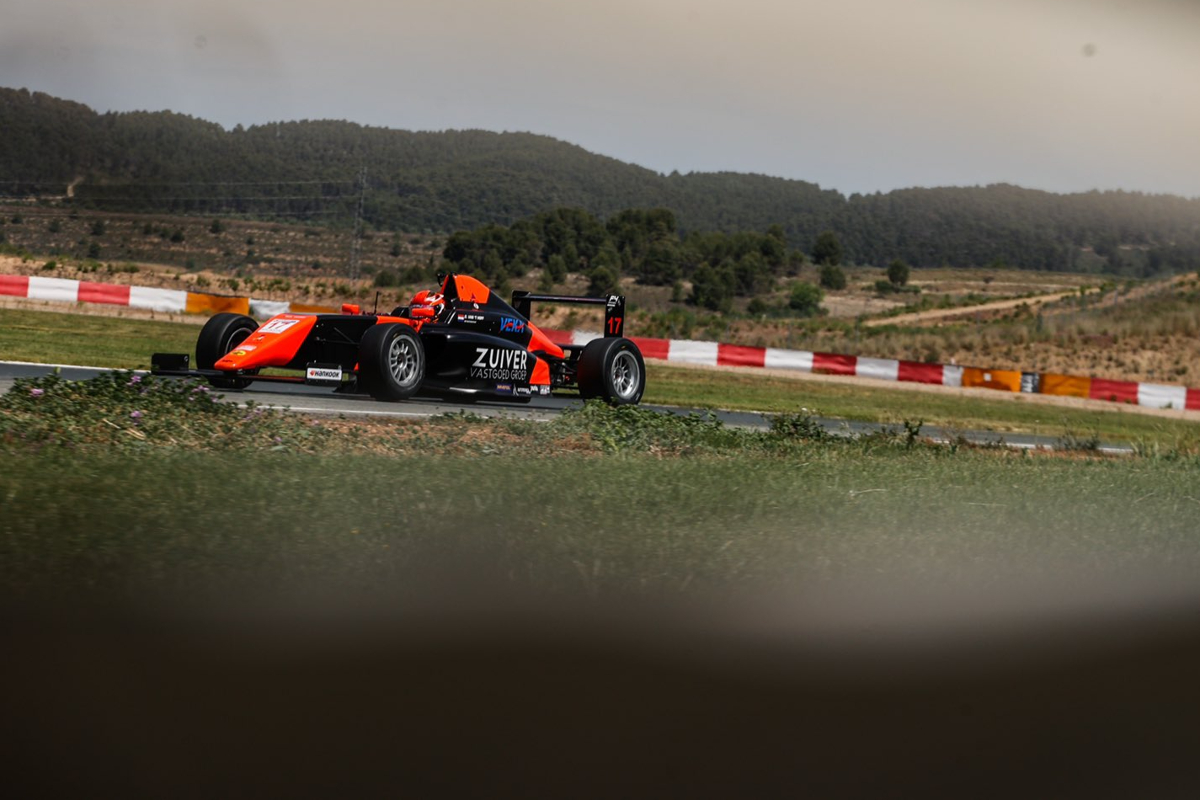 Dilano van’t Hoff and Enric Bordas will be starting from the front for two of this weekend’s three Spanish Formula 4 races at Navarra.

Points leader van’t Hoff will start on pole in race one for MP Motorsport, having the fastest time of the session, exactly 0.3 seconds quicker than Daniel Macia and Enric Bordas – the Praga F4 duo setting identical laptimes.

Bordas will start from the front in race three, ahead of Van’t Hoff and Macia, based on the second-best times from Saturday’s qualifying session.

Macia, who was the driver to beat in free practice, set an early benchmark of 1m42.012s before Noam Abramczyk lapped fractionally quicker for Drivex School.

Alex Dunne had a brief spell at the top for Pinnacle Motorsport, before Macia and Bordas exchanged fastest laps. Macia lost his position at the top after having a laptime deleted for exceeding track limits at turn 12, with van’t Hoff jumping to the top in the final five minutes with a 1m39.605s which would not be beaten.

Macia and Bordas both improved with identical times late on, with Macia earning the front row place for race one having set his lap first.