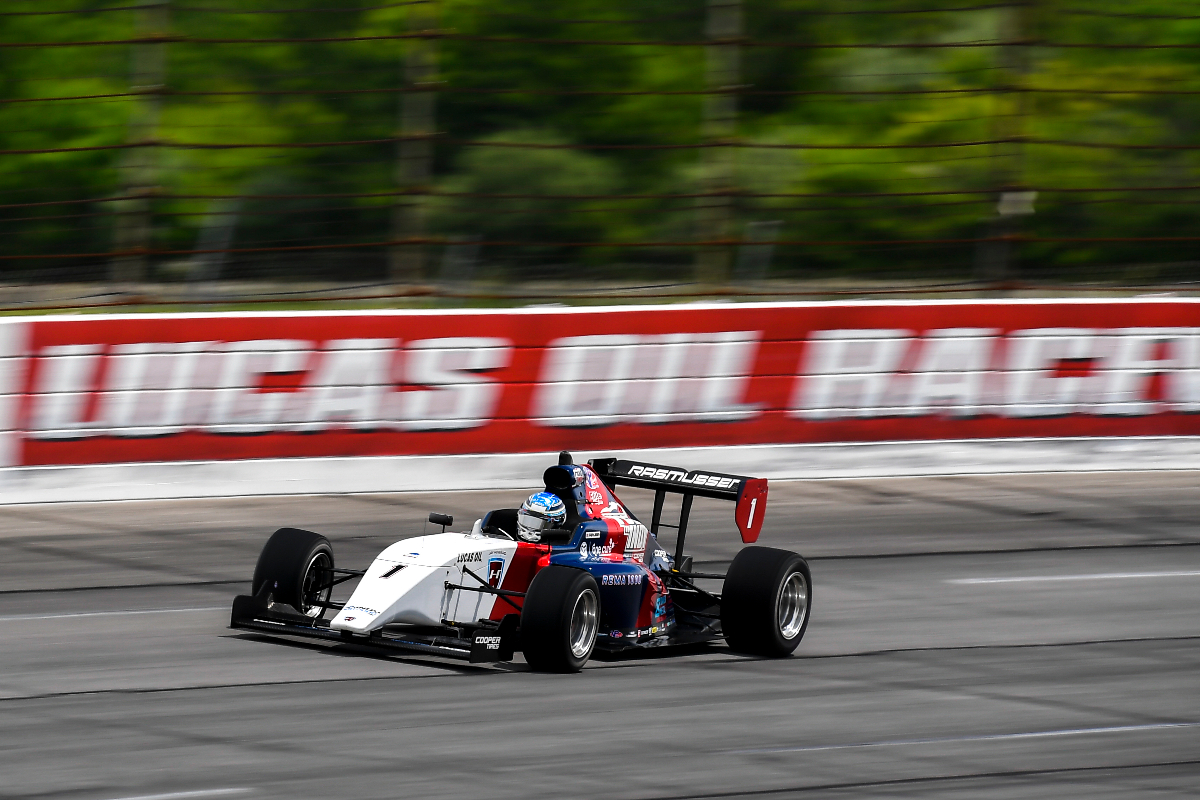 Pokeman Reece Gold got into the lead immediately at the restart of the race, after it was officially started in the rain before being called off after five laps were completed under caution on Friday.

Rasmussen made quick work of Exclusive Autosport’s Braden Eves early on and started to claw into Gold’s lead of around two seconds.

On lap 53 of 90, Rasmussen had a run on Gold, only to be blocked by Gold’s Juncos team-mate Kyffin Simpson on the high line – which is the ideal line at LOR.

With 15 to go, Rasmussen made his move in traffic, and got through, but not without touching Gold on the exit of Turn 4.

While Rasmussen was able to open up a gap just shy of a second, Gold came back at the reigning USF2000 champion and had a look on the inside into Turn 3 on the very last lap, only for Rasmussen to get a better exit and take the victory.

With the increased points available in oval race, Rasmussen has retaken the points lead from Eves.

Juncos’s Manuel Sulaiman rounded out the podium, as the Exclusive-run cars dropped back considerably throughout the race. Eves eventually finished fourth.

After running fifth early on and being involved in the lead change lapping, Turn 3 Motorsport’s James Roe finished last after taking to the pits towards the end of the race for an unspecified issue.