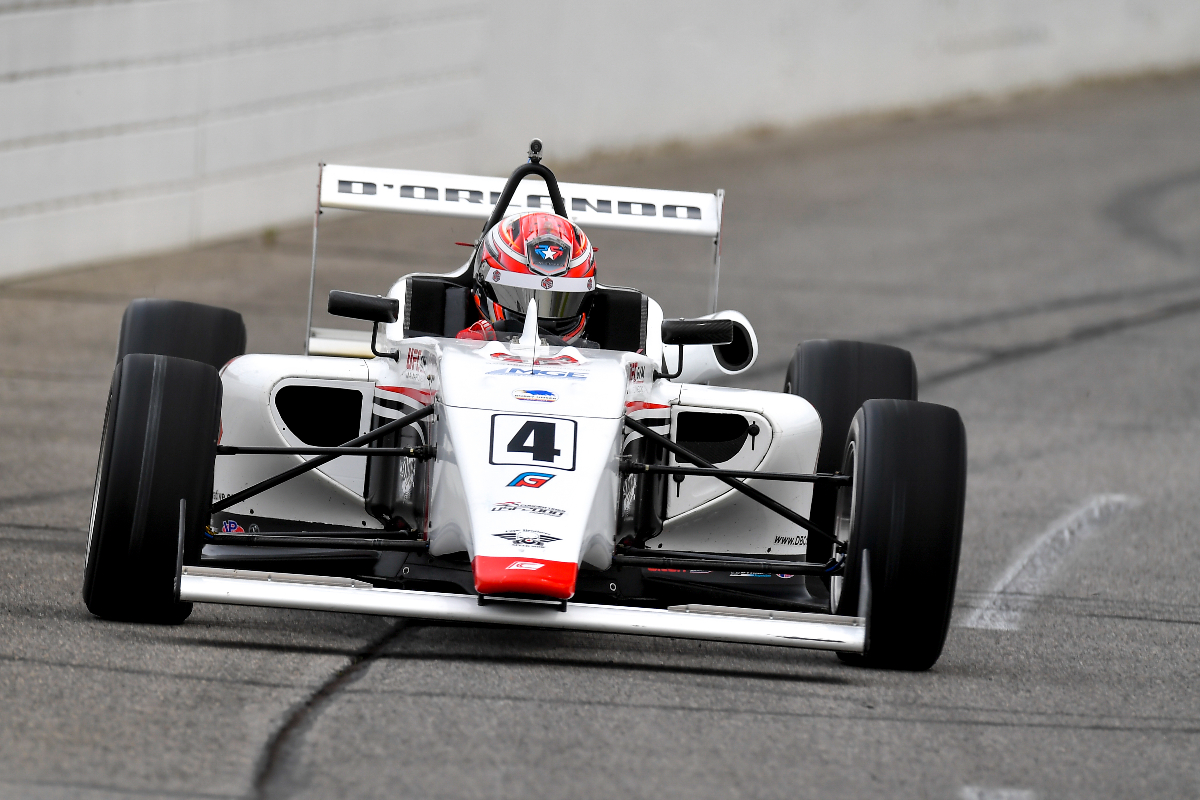 The pair started on the front and d’Orlando put himself into the lead at the start of the 75-lap race. Campbell slotted in behind and at no point was he more than a second off the lead.

Campbell had a couple of strong opportunities to get past. The first came on lap 46 but was just about unable to get through. The second came with a lunge on lap 62 that also didn’t quite come off.

The final major attempt came with 10 laps to go. Campbell drifted wide on the exit of Turn 2 and the pair connected, interlocking down the back straight, but both were able to continue.

Any damage sustained seemed to be less for d’Orlando than for Campbell, as third-placed Jace Denmark-Gessel had the best pace and pressured Campbell as the race came to its conclusion.

Regardless, d’Orlando came through to take his second win in USF2000 and his first of the season in the highest scoring race of the year.

Campbell narrowly held onto second ahead of Pabst Racing’s Denmark, who was almost pipped by DEForce’s Kiko Porto at the flag.

By far the most entertaining scrap of the race was over 10th, with Turn 3’s Dylan Christie coming out on top ahead of Cape with Ignite Autosport’s Spike Kohlbecker, Force Indy’s Myles Rowe and DEForce’s Ely Navarro.

Exclusive’s Matt Round-Garrido was in the scrap over 10th but retired with a mechanical issue and saw his title hopes extinguish further.