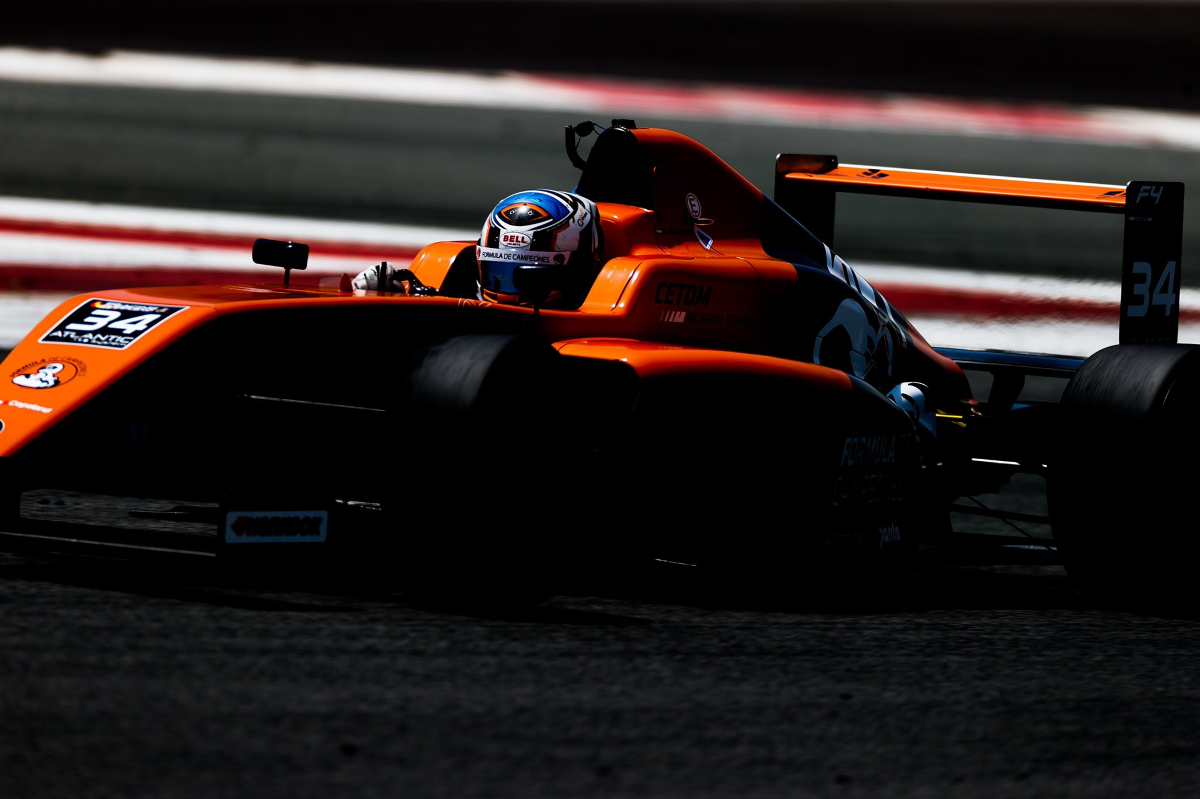 Quique Bordas claimed his first single-seater victory by triumphing in the opening Spanish Formula 4 race of the weekend at Navarra.

After qualifying third, the second-year driver took the lead after bad starts from the front row for both Dilano van’t Hoff and Daniel Macia.

After lining up on pole, van’t Hoff bogged down and dropped to fourth behind MP Motorsport team-mates George Kelstrup and Noah Degnbol, while Praga F4 driver Macia stalled and rejoined last after the field managed to avoid his stationary car.

Van’t Hoff swiftly disposed of Degnbol on the opening lap to move into third. But the Dutchman’s progress stopped there, spending the majority of the race within one-second of Bordas and Kelstrup, with Degnbol following close behind.

Bordas pulled clear in the closing stages to take the win for Praga by 1.5 seconds, while Van’t Hoff finally found a way past Kelstrup into second with two laps remaining.

Degnbol finished 0.3s behind Kelstup in fourth, while Sebastian Ogaard had a lonely run to fifth place for Campos Racing.

Rik Koen came from 12th on the grid to finish sixth, 0.2s ahead of MP team-mate Manuel Espirito Santo, with Guilherme Oliveira just a further 0.1s adrift in eighth for Drivex School

Two more races take place on Sunday, with Bordas having claimed pole for the second of those encounters in Saturday’s qualifying session.