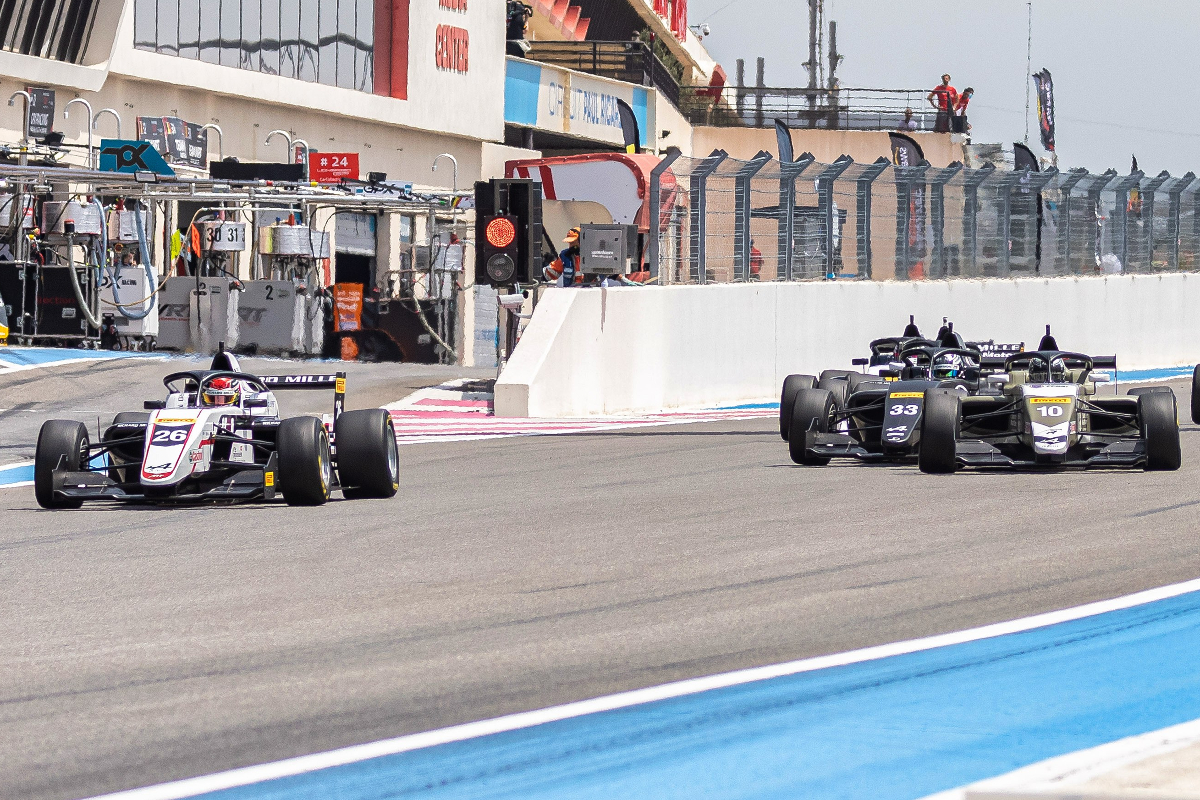 Formula Regional European Championship’s points leader Gregoire Saucy has been disqualified from victory in the first race at Paul Ricard.

The ART Grand Prix driver started the season with three wins in four races, before failing to score in Monaco last weekend. He then set the pace from the off at Paul Ricard, and won from pole on Saturday by 0.329 seconds over Hadrien David.

“The part in question, the Belleville washer is classified with specific restrictions,” read the stewards’ statement on Saucy.

“Only the modifications indicated by the homologation may be carried out. At page 161 of [Tatuus] T318 technical manual the components inside the differential case must be respecting the direction and the order noted during the disassembly.

“It was noted by the team manager this was a human mistake for which they are truly sorry, and apologise accordingly. Even if there could be no gain of advantage, the stewards determined that Car 26 was therefore in breach of the technical regulations, according to article 19.14 sporting regulations and is therefore disqualified from the results of race one.”

R-ace GP’s David is promoted to first place, earning his first victory at this level after making the podium once in the Formula Renault Eurocup last year and finishing third at Imola and Monaco earlier this year.

Michael Belov, who was making his FREC debut, now finishes in second place but does not earn points as a wildcard driver for JD Motorsport, meaning ART GP’s Gabriele Mini and R-ace’s Zane Maloney earn the 18 and 15 points for the remaining podium spots.

Saucy now has a six-point lead over over David, who jumps from fourth to second in the standings with victory, while Arden’s Alex Quinn and Maloney just behind him.

The stewards also declared that Axel Gnos was guilty of crashing with his G4 Racing team-mate Alessandro Famularo, and will have a three-place grid penalty for race two.