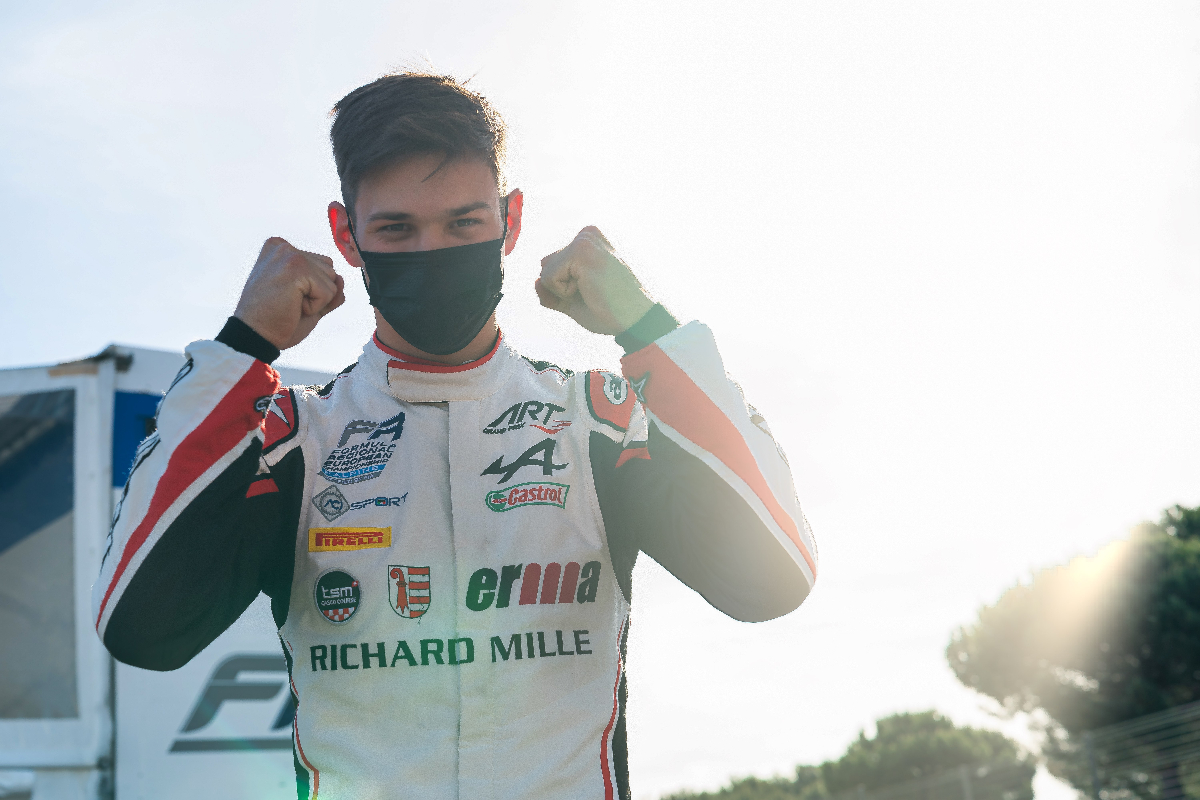 The Swiss led from lights-to-flag on Saturday for his fourth win, but then had it taken away by a technical disqualification. He rebounded in the Sunday morning qualifying session by setting the pace by over a third of a second.

His closest challenger through much of the session was R-ace GP’s Hadrien David, the driver who inherited race one victory, and the Frenchman was briefly at the top of the times before Saucy went fastest halfway through qualifying.

He made several improvements to keep himself in top spot after that, bringing his fastest lap down from a 1m58.550s to a 1m58.139s that was set with two minutes to go.

David’s team-mate Isack Hadjar was in second place when the chequered flag was waved, but David was among several drivers who had timed their laps to be the very last on track and he moved back into second at the very end with a 1m58.487s.

Being two of the last drivers over the line helped William Alatalo (Arden) and Andrea Rosso (FA Racing) qualify sixth and seventh, while Monolite Racing’s Pietro Dellli Guanti did an impressive job to go eighth fastest.

After setting the early pace, Prema’s Paul Aron and KIC’s Elias Seppanen could only manage 16th and 23rd places respectively, with Dino Beganovic the top Prema driver in 12th place.