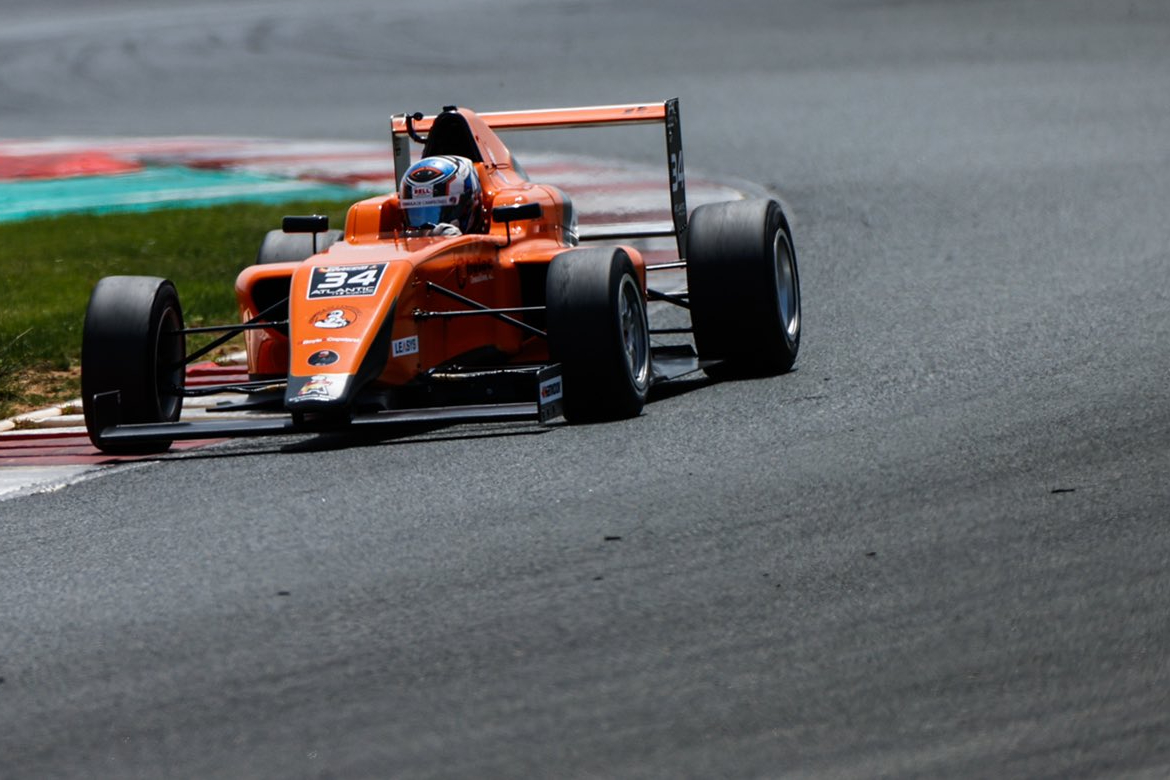 The Praga F4 driver, who won race one on Saturday, took his second pole of the weekend on his final lap and beat MP Motorsport’s Dilano van’t Hoff by 0.274s

Bordas set the early pace with a 1m42.551s before Drivex School’s Guilherme Oliveira knocked one second off the benchmark.

Bordas went fastest again by just under 0.2s before being beaten by Oliveira with a 1m40.710s lap, with MP’s Georg Kelstrup causing a brief red flag period with just over five minutes remaining.

That led to a frantic end to the session when drivers returned to the track. Most improved on their final lap, with Campos Racing’s Pepe Marti moving to the top before a last-gap effort from Bordas secured him pole with a time of 1m40.036s.

Marti lost his front row spot after his time was deleted for exceeding track limits, dropping him to 21st.

Bordas will start both of Sunday’s races from the front, having also taken race three pole in Saturday’s first qualifying.

Daniel Macia, who qualified on the front row for Saturday’s race before stalling at the start, was 10th for Praga despite also having a late lap deleted.