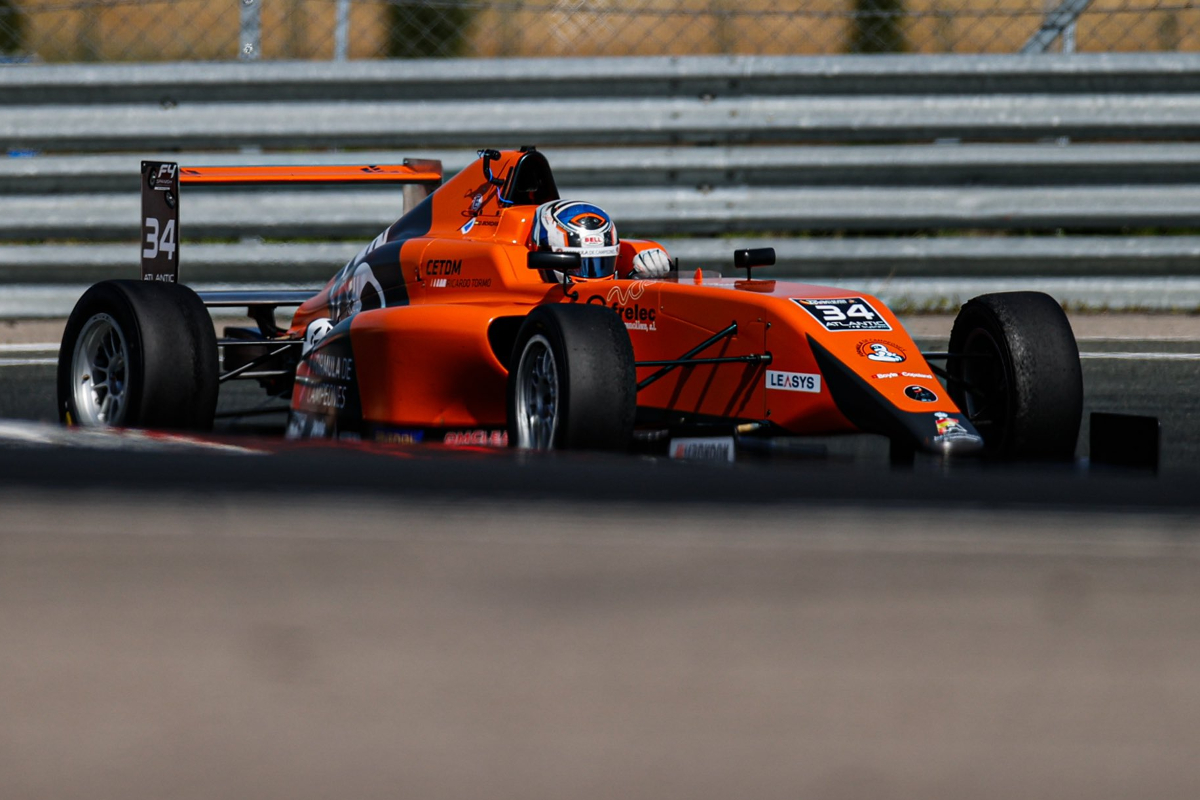 Quique Bordas took his second Spanish Formula 4 victory of the weekend after leading a Praga F4 one-two in a disrupted second race at Navarra.

The Spaniard led away from pole before a lengthy safety car period, and controlled the remainder of the encounter when racing resumed with five minutes plus one lap remaining, with team-mate Daniel Macia following him home.

Macia took second off the line as a bad start dropped Dilano van’t Hoff behind MP Motorsport team-mates Noah Degnbol and George Kelstrup, but he was able to retake Kelstrup for fourth on the opening lap.

The safety car was deployed after a multi-car collision at the rear of the field that put MP’s Santiago Trisini and Campos Racing‘s Alex Garcia out.

Following the restart, Bordas came home 0.392 seconds ahead of Macia, with Degnbol just behind the Praga duo in third.

Filip Jenic was half a second behind in eighth for Teo Martin Motorsport, ahead of MP’s Suleiman Zanfari and Drivex School’s Guilherme Oliveira.