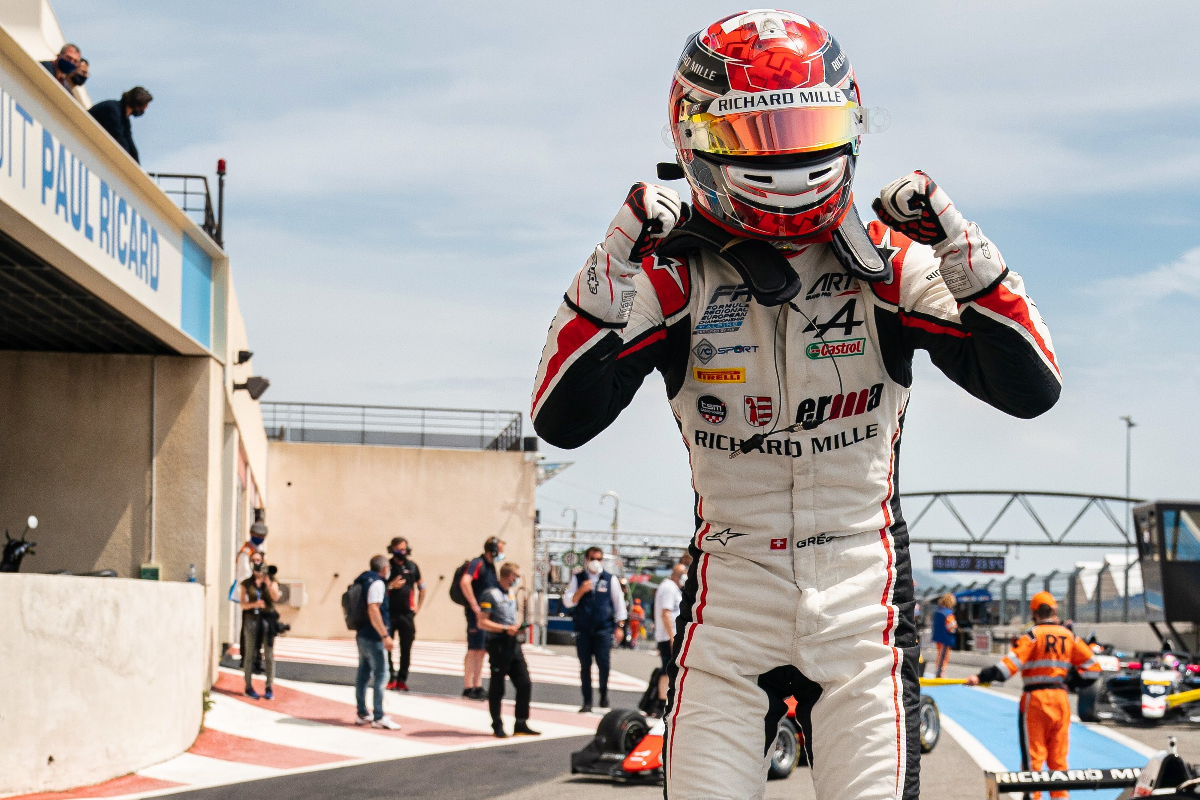 Gregoire Saucy brought his Formula Regional European Championship lead back up to 23 points with victory in race two at Paul Ricard.

The Swiss driver won the opening race of the weekend but was then disqualified for a washer used the wrong way around, and he rebounded on Sunday morning by comfortably taking pole.

That pace advantage extended into the race, and he was given a gift at the start when R-ace GP’s Hadrien David has trouble and he had to start from the pitlane rather than the front row alongside Saucy.

David’s absence did however give more room to Saucy’s ART Grand Prix team-mate Gabriele Mini off the line, and he drew alongside Saucy into the first corner. That challenge lasted a single sector, then it appeared Mini faced car problems of his own at the end of the opening lap as his straightline speed was significantly down on his rivals and he dropped to fourth.

Mini lost further places around the lap before going to pitlane to retire, while JD Motorsport’s Michael Belov and Arden’s William Alatalo rose into second and third. Belov, on his first FREC weekend, established himself in second place while Alatalo soon came under pressure from R-ace’s Isack Hadjar.

While Saucy and Belov’s places were settled fairly quickly, the battle for third raged on the entire race with Hadjar frequently trying to go around the outside of Signes but could never quite get his nose ahead.

FA Racing’s Andrea Rosso ran in their mirrors until he had to start defending from R-ace’s Zane Maloney, although fifth place seemed to be secured when the safety car came out with a few minutes to go as Arden’s Nicola Marinangeli spun out.

However the safety car returned to the pits to leave one lap of green flag action, and Rosso had to work hard to keep fifth while Saucy romped to victory.

David made up 14 places in the opening four laps, made up another seven in the next few laps and was running in 12th when the safety car came out. He passed Prema’s Dino Beganovic for 11th at the restart, then barged past ART GP’s Thomas ten Brinke with a few corners to go to finish 10th.