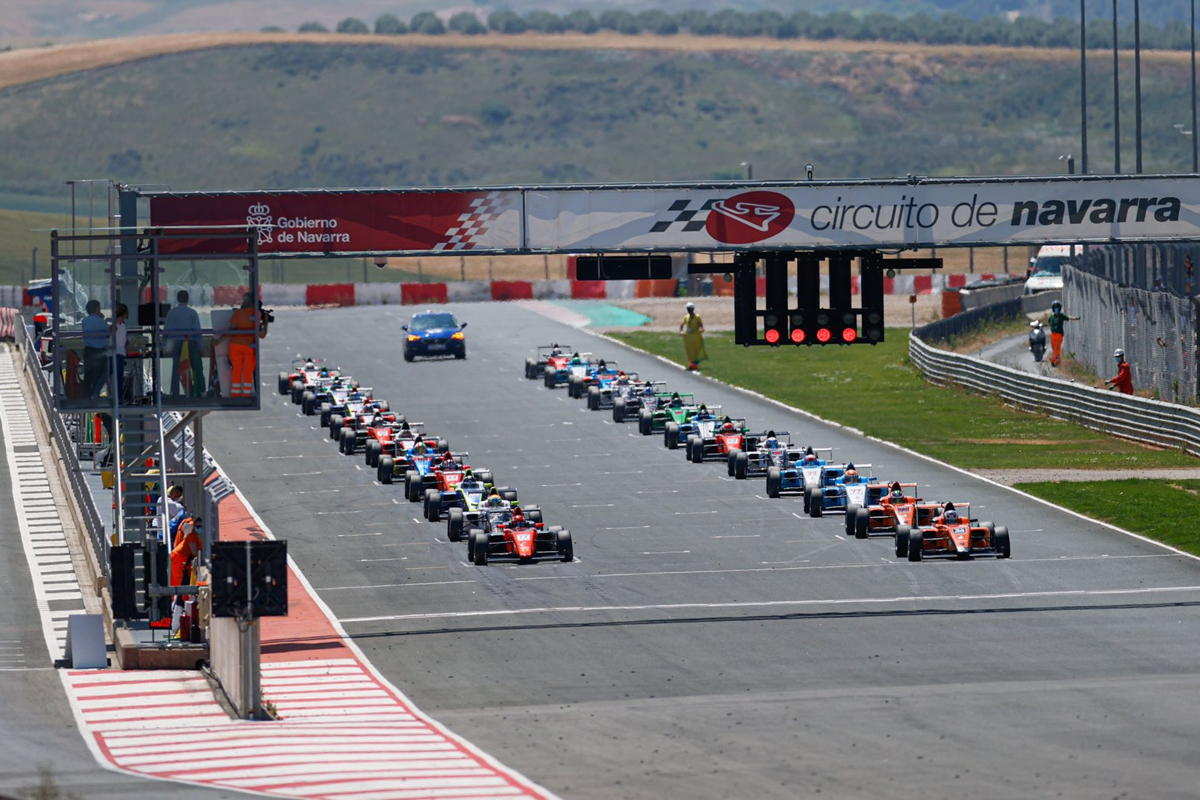 Quique Bordas was denied a triple success in the final Spanish Formula 4 race at Navarra, with a car issue putting him out of the lead and handing victory to Dilano van’t Hoff.

The race was initially a fairly simple one for Praga F4 driver Bordas, who won the first two races of the weekend and started from pole for race three. He made a strong getaway to go unchallenged through the first lap, and after building a lead of a second, he settled for a few laps before pushing again and setting new fastest laps several times.

That charge was interrupted on lap nine when yellow flags were waved as a result of MP Motorsport’s Georg Kelstrup going off into the gravel, with the localised yellows eventually turning into a full safety car period that closed up the lead group of Bordas and MP pair van’t Hoff and Noah Degnbol.

Degnbol had stalled on the formation lap and been overtaken by much of the field, but still started from third on the grid.

Campos Racing’s Sebastian Ogaard and MP’s Gil Molina were fourth and fifth, while Drivex School’s Guilherme Oliveira was initially sixth before being muscled down several places at turn 3 early on and then being spun at the same corner a lap later.

Bordas’s team-mate Daniel Macia passed Molina for fifth on the restart lap, and then moments later went past Bordas too as the leader had slowed to a near halt and dropped to last place.

Van’t Hoff inherited the lead, comfortably ahead of Degnbol, and was pulling away when at the bottom of the top 10 Drivex School’s Noam Abramczyk and GRS’s Vladislav Ryabov collided on the final lap. Their interconnected cars stopped in the middle of the track, and race control decided to red flag the race and bring the results back by two laps.

This meant van’t Hoff won, and Abramczyk earned a point, but left Bordas still down in 19th place.