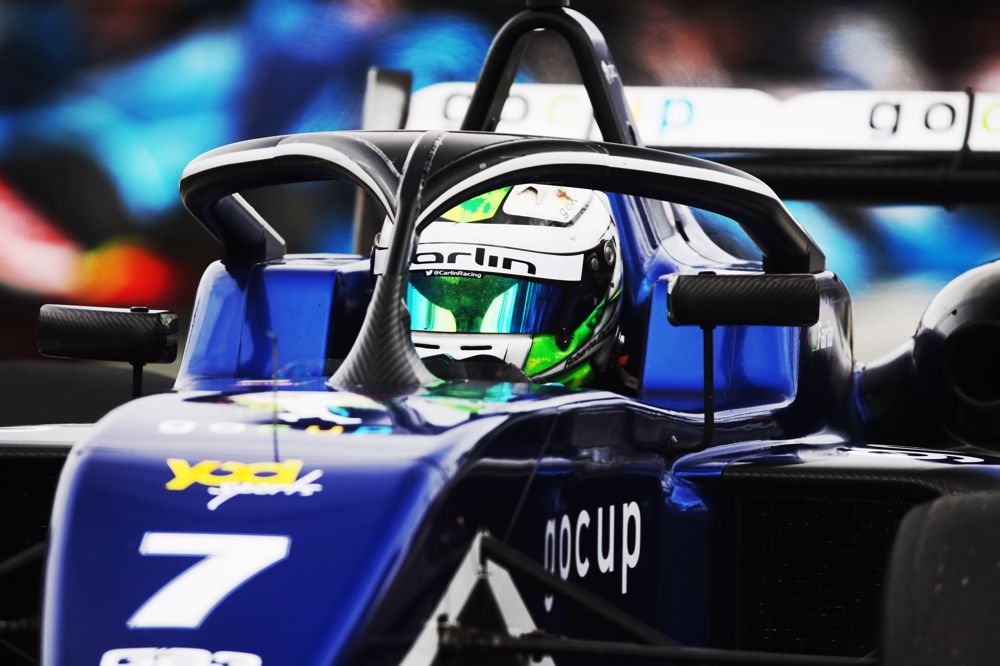 The circuit will host round seven of the season in September, in addition to new Formula 4 series GB4 which was also testing.

Early championship leader Luke Browning topped the first GB3 session of Wednesday, setting a 1m19.361s lap to go fastest by 0.213 seconds over Faria. There were 17 cars on track, with four other drivers appearing later in the day.

Joel Granfors recorded his only lap of the day in this session, although the Fortec Motorsports driver took 5m28.854s to navigate the circuit.

In session three it was a Carlin 1-2-3, with Javier Sagrera heading Faria and Callum Voisin. Browning was 0.188s back in fourth, and with nine laps on the board did fewer miles than all but Fortec’s drivers, Chris Dittmann Racing’s McKenzy Cresswell and Elite Motorsport’s absent John Bennett who returned to track for session four.

With the combined rubber of the GB3 and GB4 sessions having gripped up the track, the final session was the fastest for everyone bar Browning.

Faria topped the test with a 1m18.052s lap, putting him 0.051s ahead of Rees and a third of a second ahead of Elite’s Tom Lebbon and Connor.

Browning only set eight laps and ended up 12th fastest, but with his session two time putting him ninth overall for the day.

Walker’s session three time was his best, bettering his session four benchmark by 0.009s, and put him half a second clear of team-mate Jack Sherwood. Mills was 0.995s slower in third. KMR plans to add a third car for the next GB4 round.

The tumultuous route to victory for F3’s newest winner