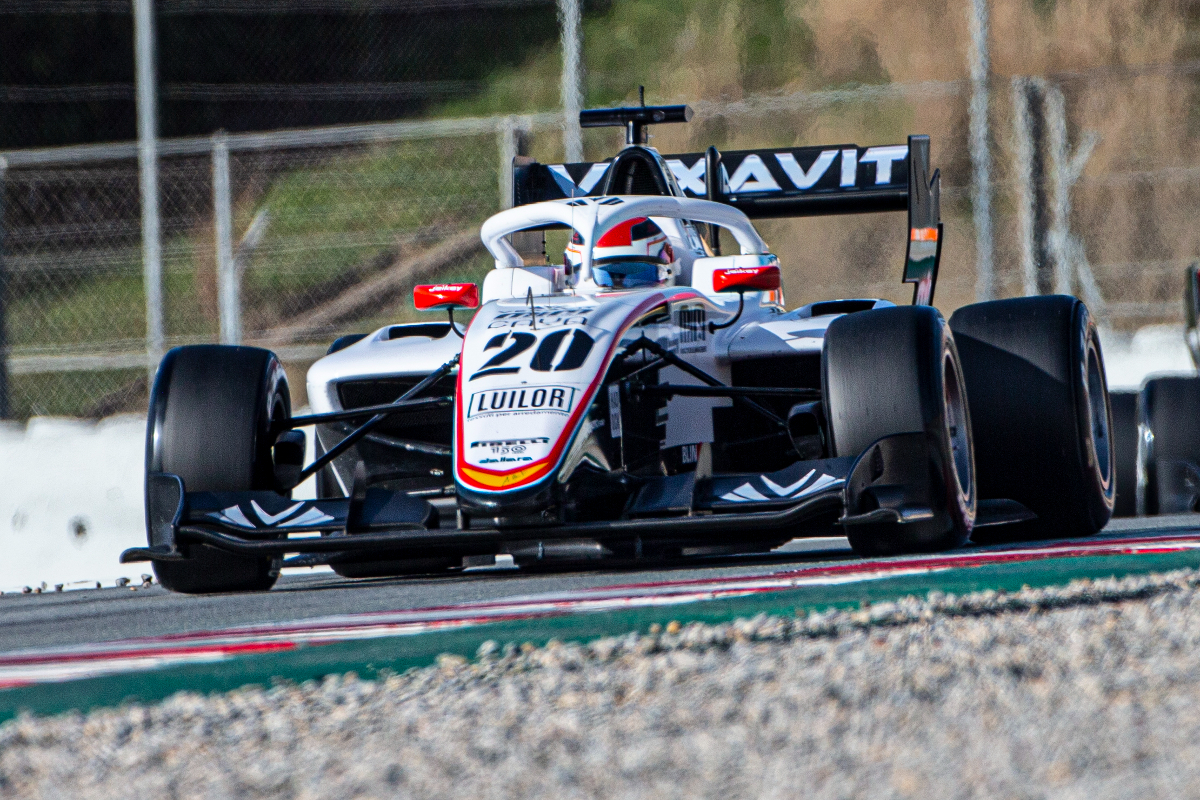 Campos Racing’s David Vidales scored four points for eighth place in the FIA Formula 3 feature race at Imola, despite starting from 27th on the grid.

Vidales won three times in six races at Imola in Formula Regional, including the first two races of his car racing career in 2020. But his F3 trip there began badly as a nail in the rear-right tyre of his qualifying set forced him to reuse his free practice set.

In spite of that he was on a lap “good enough for the top five” when he found Ollie Bearman at the first Rivazza and went off as he avoided contact. The result was 28th and 27th on the grid for the races, but Vidales fought back to 11th – 12th on the road prior to a penalty – in Saturday’s sprint and ninth in Sunday’s feature, which became eighth after penalties were applied.

“[Imola] has a lot of corners which are very difficult. In combined corners like turn two and three, you need to do very well in the first one in order to do the second one,” Vidales said of the key to being fast on a circuit that suits him well.

After his feature race charge, Vidales explained to Formula Scout the decision to start on slick tyres on a damp track. His team-mates Hunter Yeany and Pepe Marti, from 16th and 24th on the grid respectively, went for wet tyres. Marti and Yeany got up to first and third for several laps before pitting, and in the end it was Vidales who was the only one to finish in the top 10.

“When I did the formation laps to the grid, I could already feel that from the first lap to the second lap that the track was evolving,” Vidales said.

“It was very clear that in 24 laps the track would dry up very quickly, so I told to the team ‘we have to stay on slicks because maybe we suffer the first laps but this is going to work’.

“At the beginning of the race I didn’t take any risks because I just wanted to stay on track. I was struggling a bit more than the others because we wanted to have a good pace towards the end when the track was drying up.

“So, because of the pressures and something else, we struggled a bit at the beginning, so I said ‘okay, time to stay calm and follow the others and when they start to come in, I will take some more risks’.

“And that’s what happened. As soon as I started to feel the grip, I started to push a bit more and take some risks around the outside and it worked every time and we were always going towards the front overtaking cars. It was great.”

The four points for eighth were a well-deserved reward for Vidales, who gained a total of 34 places on track over the weekend and sits 15th in the standings after four races.