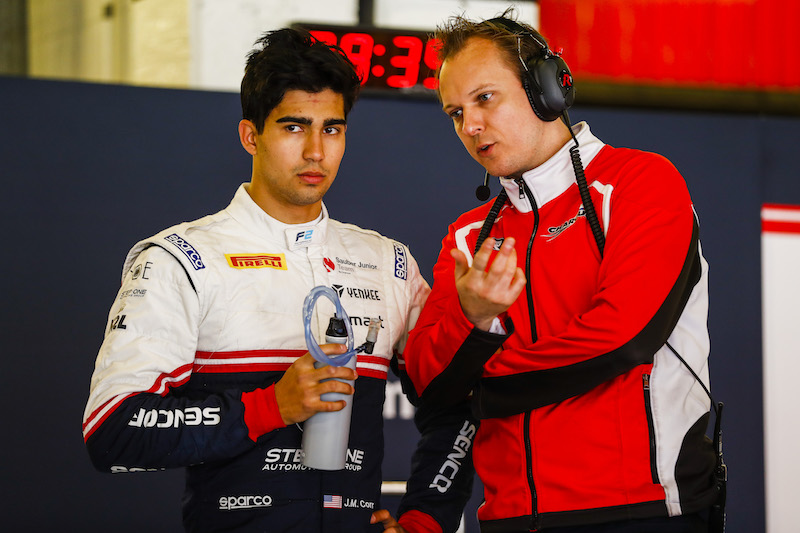 Juan Manuel Correa has been handed a role with the Alfa Romeo Formula 1 squad alongside racing for the Sauber Junior Team in Formula 2.

The 19-year-old American driver is stepping up from GP3 to race in F2 this season with the newly-Sauber-branded team operated by Charouz Racing System.

Alongside that, he now takes on the title of development driver with Alfa Romeo Racing, which was renamed from Sauber over the winter.

It is the second time Correa has been officially tied to a Formula 1 team, having been briefly on the junior programme of the Lotus F1 team while he was competing in karting.

?To have received this opportunity, and to be a part of such an iconic team and brand in motorsports, Formula 1 in particular, is a privilege for any driver,” he sad.

“I will do my best to honor the opportunity I have been given and want to thank Fred [Vasseur, team boss] and the entire Alfa Romero Racing Team for having me.

“I?m excited for what the future has to hold.”

Correa becomes the second F2 rookie to have a role with the Alfa Romeo team alongside Tatiana Calderon, who is continuing with the team this year as a test driver.

?We are happy to announce that Juan Manuel Correa has joined Alfa Romeo Racing,” said Vasseur.

“Juan Manuel will be taking on a new challenge with our team as our development driver and we look forward to further advancing his skills in support of his progress as a racing driver.?

Correa’s Sauber Junior F2 team-mate Callum Ilott is continuing as a member of the Ferrari Driver Academy this year.

The Sauber Junior Team name and branding has been adopted across all of Charouz’s single-seater programmes, covering F2 and the new FIA Formula 3 as well as its Formula 4 partnership with US Racing.