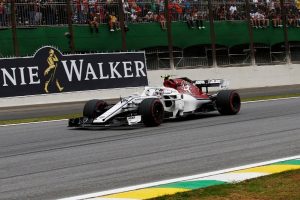 Sauber will launch its own Junior Team with Charouz Racing System next year, competing in Formula 2, FIA Formula 3, and the ADAC and Italian Formula 4 championships.

Charouz won the last ever Formula V8 3.5 title with Pietro Fittipaldi in 2017, and moved into F2 this year with Ferrari-linked duo Antonio Fuoco and Louis Deletraz. It also supports Ralf Schumacher’s ADAC F4 team US Racing, which ran Lirim Zendeli to this year’s title.

The Czech team was founded in 1985, and moved into single-seaters in 2003. It won a title in the short-lived International Formula Master series before moving on to FV8 3.5, where it finished second twice before its 2017 triumph.

Sauber has been in Formula 1 since 1993, winning one race with the support of BMW in 2008, and now runs in partnership with Ferrari, which has an option on one of its seats. Ferrari-bound F2 champion Charles Leclerc currently drives for the team for the team, and will be replaced in the Ferrari-linked seat by 2016 F2 runner-up Antonio Giovinazzi for 2019.

?Establishing a Junior Team partnership with Sauber is a proud moment in the history of Charouz Racing System and we?re looking forward to taking some exceptional drivers on track in 2019, across three different categories of racing,” said Antonin Charouz, team owner of Charouz.

“The Sauber Junior Team programme is a very exciting development in international motorsport. It gives drivers the chance to potentially progress all the way from F4 to F1 with a single team. That?s a unique model and an exciting prospect for everyone involved.?

Frederic Vasseur, Sauber F1 team principal, has experience of the junior formulae having founded ART Grand Prix (nee ASM) in 1996, and ran it to 18 teams’ titles in GP2, GP3 and F3. Earlier this year he announced his plans for a ‘Sauber Academy’, as exclusively reported by Formula Scout.

?Racing is a vital part of Sauber’s DNA and the Sauber Junior Team marks an important milestone in the company history,” he said.

“Sauber has a long tradition of helping drivers reach their full potential, having worked with the likes of Michael Schumacher, Sebastian Vettel and upcoming star Charles Leclerc. With this project, Sauber further extends its racing platform with a complete and dedicated programme from the junior series to the pinnacle of motorsport. We are delighted to partner with Charouz Racing System, a highly professional team that operates with success in all the series?.

All cars will be run in a Sauber Junior Team livery, in similar vein to how Charouz has ran with a Ferrari Driver Academy livery in F2 this year. 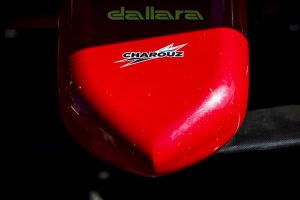