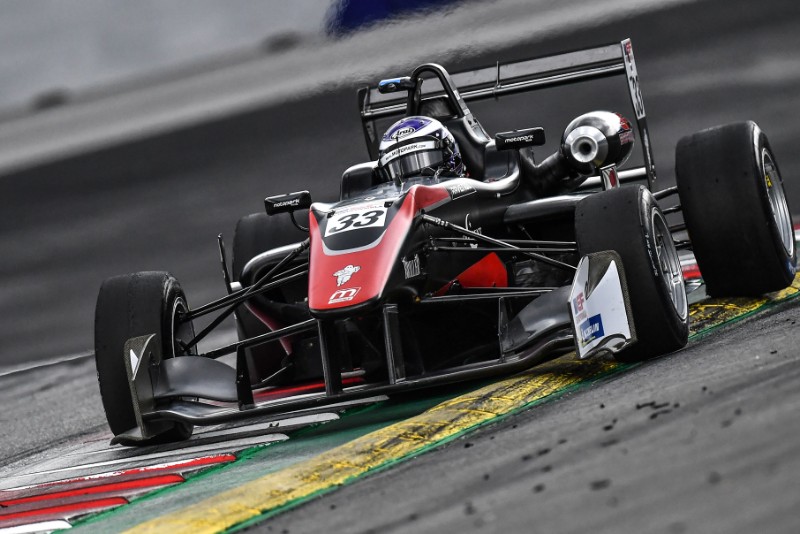 Marino Sato emerged from a chaotic opening lap to take his seventh Euroformula Open win at the Red Bull Ring.

It was Julian Hanses who led at the start, passing Motopark team-mate Sato thanks to a jumped start. He held position at the front until having to serve a drive-through penalty, which promoted Sato back up to first place.

After an early squabble with fellow Australian and Fortec Motorsports driver Calan Williams, Double R Racing?s Jack Doohan took second place and closed in on the leader. He got the gap down to 0.611 seconds at the chequered flag, and matched his best result of the season.

Home favourite Lukas Dunner completed the podium for Teo Martin Motorsport, but was given a five second penalty for repeated track limits violations. Williams took Fortec?s best result since 2017 by finishing fourth, and was well clear of the battling that took place behind.

Being spun by his team-mate Doohan on lap one, followed by a mid-race trip through the Turn 5 gravel, meant Linus Lundqvist had to fight hard to make way up to fifth and secure a Double R one-two in the rookie classification. The crucial pass for position came on RP Motorsport?s Javier Gonzalez, who took his best result of the season.

The battle for seventh place ended in controversial style as Hanses and Carlin?s Billy Monger got involved in a collision when attempting to overtake Dunner?s team-mate Aldo Festante. It was the latter who led into Turn 3 on the penultimate lap, with Hanses attempting a move around the outside.

Hanses got alongside but was off-track, with Festante moving right to accommodate Hanses’ return to the asphalt. This happened just as Monger slipped down the inside of both, and he lost his left-front wheel as he was struck by Festante.

Monger’s car went no further, promoting team-mate Christian Hahn to the final point. The pair collided at the start, with Hahn then going through the gravel at Turn 4. He pitted and finished a lap down, while the third Carlin car of Nicolai Kjaergaard got pincered at the start, knocking his wheels out of line and leaving him in the garage for several laps.