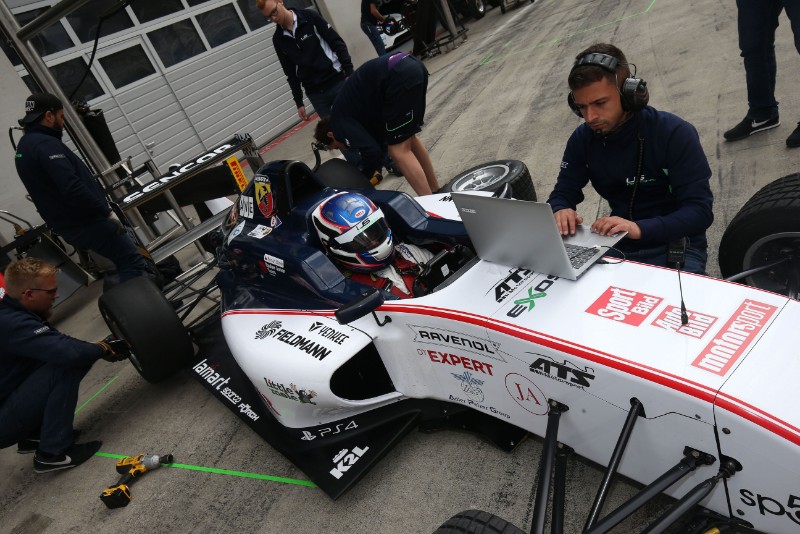 Roman Stanek and Niklas Krutten topped Italian Formula 4 qualifying at the Red Bull Ring, which was paused so drivers and teams could go to lunch.

With just over eight minutes left of the second session, championship debutant Hamda Al Qubaisi crashed her Abu Dhabi Racing by Prema car at Turn 6 after carrying too much speed? into the corner on cold tyres.

The session was then suspended, with most drivers yet to set a flying lap, and while the cars were parked in pitlane the drivers were free to enjoy some food and chatter for an hour before returning to the track for the remaining eight minutes of the session.

Prema’s Famularo had been fastest, and he held on first place until title contender Dennis Hauger displaced him with 20 seconds to go. The Van Amersfoort Racing driver’s lap was then deleted for track limits violations, leaving Jenzer Motorsport’s Giorgio Carrare and DRZ Benelli’s Jesse Salmenautio as a surprise front row when the chequered flag was waved.

Sauber junior Stanek ended that session down in 21st, but will start races one and three on pole after setting the pace in the first qualifying session of the day.

Prema’s Paul Aron will join him on the front row for the first race, with Carrara doing the same in the third race on basis of the strength of his second fastest lap.