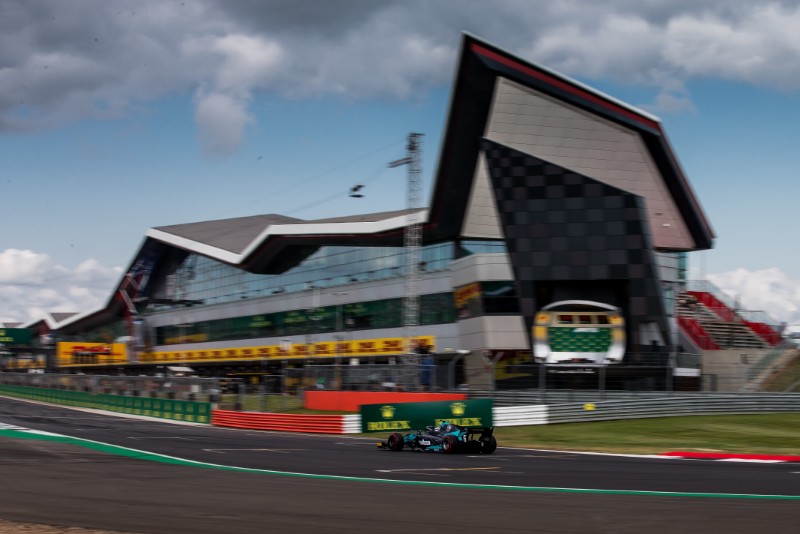 Formula 2 title contender Sergio Sette Camara is “happy starting third” for the Silverstone feature race after his engine went into safety mode during one of his qualifying laps.

Although DAMS driver Sette Camara was beaten by Virtuosi Racing’s Guanyu Zhou and Luca Ghiotto, he crucially qualified ahead of?Nyck de Vries and Nicholas Latifi – the two drivers ahead of him in the standings.

Sette Camara said his chances of pole position were hindered by his engine briefly entering safety mode after hitting the limiter.

?I think we could have done a bit better,” he said. “I particularly struggled with hitting a limiter before one of the corners in my lap and then the engine just goes into safety mode and you can forget about your lap.

?That was a bit frustrating because even with that issue and pretty much giving up the lap, I was still not too far from my best lap, so it made me think that a lot was possible.

?But in the end I am happy starting third. I think that it’s a good starting point here if you’re in the top three, top five positions, because anyone can win.?

DAMS team-mate Latifi will start one place behind Sette Camara, while championship leader de Vries is back in seventh place in his ART Grand Prix car.

Sette Camara said the brand new surface laid at Silverstone prior to this weekend makes tyre management in the feature race ‘unexplored territory’ for the teams and drivers.

“I’m quite confident for the race, more because we’ve been doing good races recently,” he said.

“Of course, it’s a new track [surface]. From the data Pirelli sends us about the aggressiveness of the track, it looks quite different from everything else, so it’s a bit of unexplored territory for everyone. It will be interesting.”