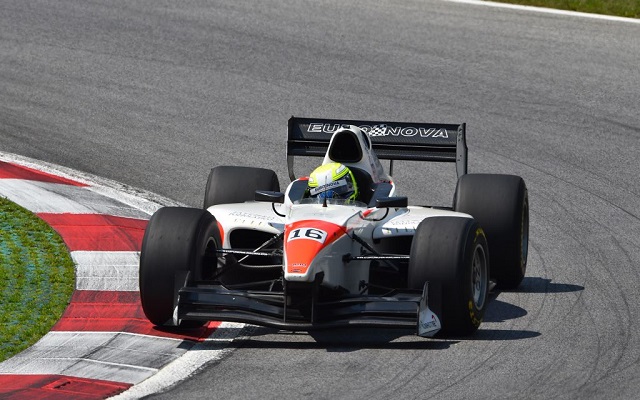 Auto GP championship leader Kimiya Sato increased his lead in the points by winning the opening race of the series’ sixth round at Spielberg.

Sato had a bad start from pole, losing out to his title rivals Tamas Pal Kiss and Kevin Giovesi,but the Euronova racer managed to fight his way back into the lead later on in the race to claim a tenth victory in his two years in Auto GP.

The Japanese driver opted for an earlier mandatory stop and, when race leader Kiss stopped a few laps later, he rejoined just ahead of Sato.

Sato then found a way past Kiss on lap 14 for what would be the lead of the race once the stops cycled through. From that point on, it was smooth sailing for the points leader, who comfortably controlled the remainder of the race on his way to the checkered flag.

Despite pressure from teammate Andrea Roda, Kiss managed to keep second at the line, with the Italian settling for third. Roda’s compatriot Giovesi opted for a late stop and ended up just fourth, narrowly keeping Markus Pommer at bay over the closing laps.

Giuseppe Cipriani and Salvatore Deplano completed the list of classified finishers in ninth and tenth.

Super Nova’s Michela Cerruti was the only retirement of the 23-lap race, with her race ending in the first corner.