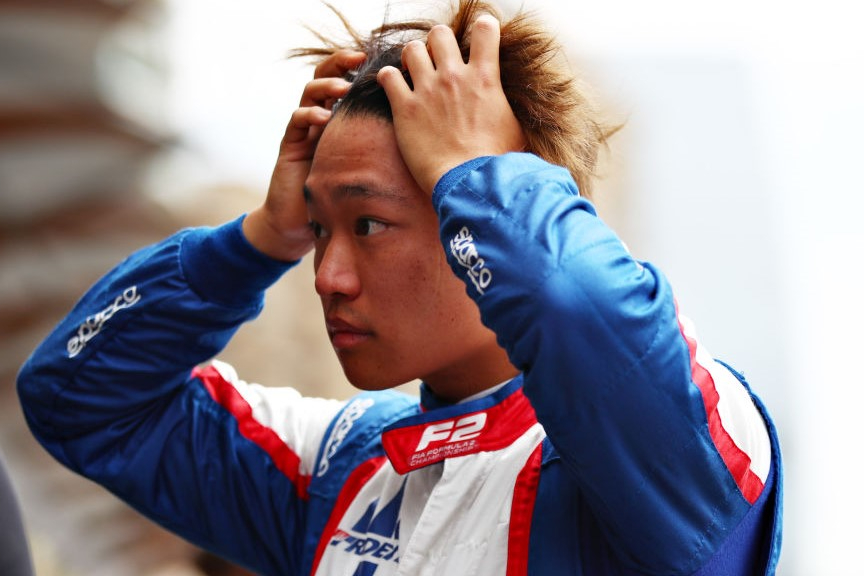 Marino Sato has been handed a three-place grid penalty for the first Formula 2 race of the weekend in Baku following his free practice crash.

The Trident driver hit the wall at turn 15 in practice, which mangled the front-right of his car but not to the point of requiring him to stop. As a result, the Japanese driver nursed his car back to the pits for repairs before qualifying.

Marshals, who could wave white flags through the final corners to inform drivers of a slow car ahead, determined that in returning to pitlane Sato had in fact “created a potential safety hazard for all other cars” on track.

“Car 25 hit the wall at Turn 15, severely damaging the right front suspension. The driver drove the damaged car back to the pits, driving past five potential car extraction points,” read the stewards’ decision on the incident.

“[There will be] a drop of three grid positions for the next race in which the driver participates. In addition, two penalty points have been added to the driver’s record. Total points for 2021 season equals three points.

“The stewards examined video evidence. They summoned and heard the driver and team representative. Having considered the matter extensively, the stewards determined that after impacting the wall at the exit of Turn 15, the driver of Car 25 rather than parking the car at the Turn 16 extraction point, continued around the course to pit lane.

“In doing so, with a damaged car, he thereby created a potential safety hazard for all other cars in the session.”