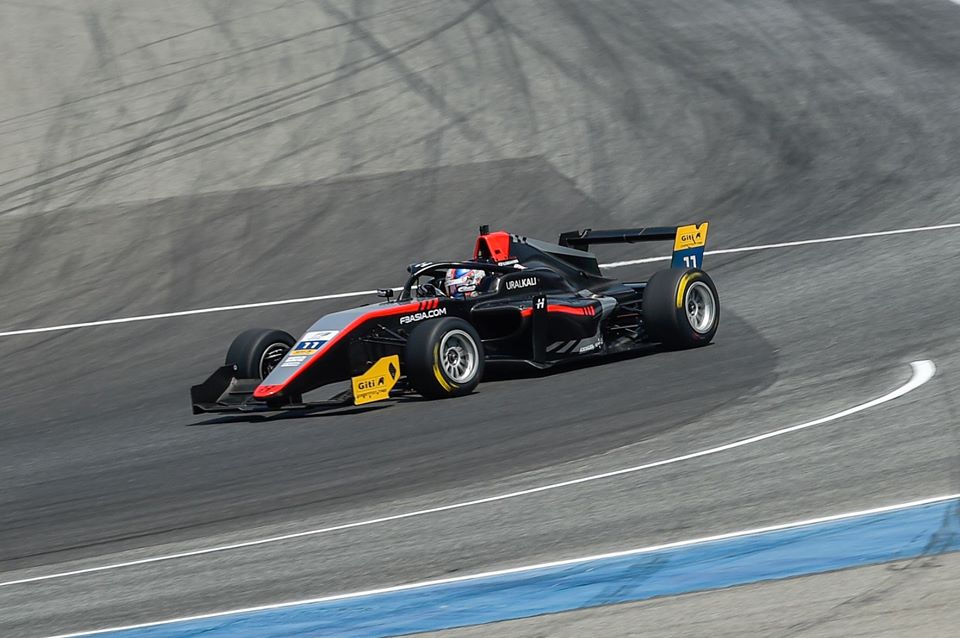 Doohan missed out on the title to Joey Alders after suffering punctures in both of the weekend?s earlier races, and after passing Absolute Racing’s Jamie Chadwick on the opening lap he took a comfortable runner-up spot behind poleman Sasahara.

James Yu ran fourth in the early stages but lost out in a multi-car battle to Nikita Mazepin and Mikhael Belov, and a late spin dropped Yu further down the order.

Mazepin finished in fourth, but was given a five second time penalty for driving standards which dropped the Hitech GP driver to eighth.

Belov was promoted to fourth as a result of Mazepin?s penalty, ahead of BlackArts Racing team-mate Yu Kanamaru and Absolute?s Tommy Smith.