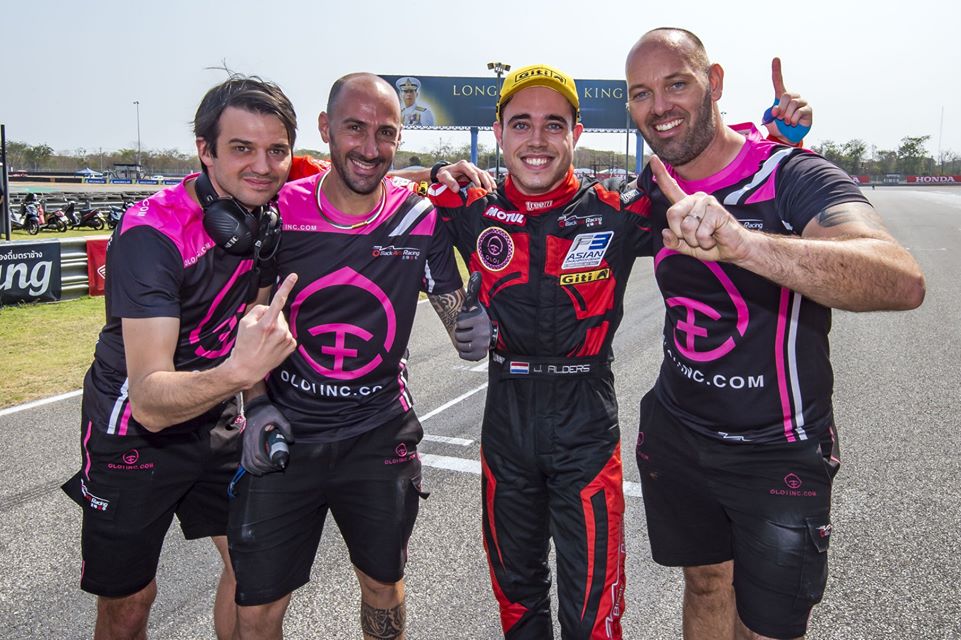 Joey Alders claimed the Asian Formula 3 title with one race to spare at Buriram after another late puncture punished Jack Doohan.

In a remarkable repeat of Saturday?s race, Pinnacle Motorsport?s Doohan suffered another right-rear puncture in the closing stages having again dominated the race from pole position.

Time penalties for Belov and Fittipaldi for ignoring track limits resulted in Absolute Racing?s Jamie Chadwick being promoted to second.

Doohan led away at the start from Sasahara, while Fittipaldi gained two places on the opening lap to run in third.

Chadwick, Alders and Belov spent the first half of the race battling for fourth. After overtaking BlackArts Racing team-mate Alders, Belov passed Chadwick with a brave move around the outside of Turns 5 and 6.

Belov took third from Fittipaldi in the closing stages and was promoted to second behind Sasahara after Doohan?s race-ending puncture.

Time penalties has also been issued out in race one to Nikita Mazepin, dropping the Hitech GP driver from second to fifth.

Francesco Pizzi leads the way in penultimate F4 UAE round