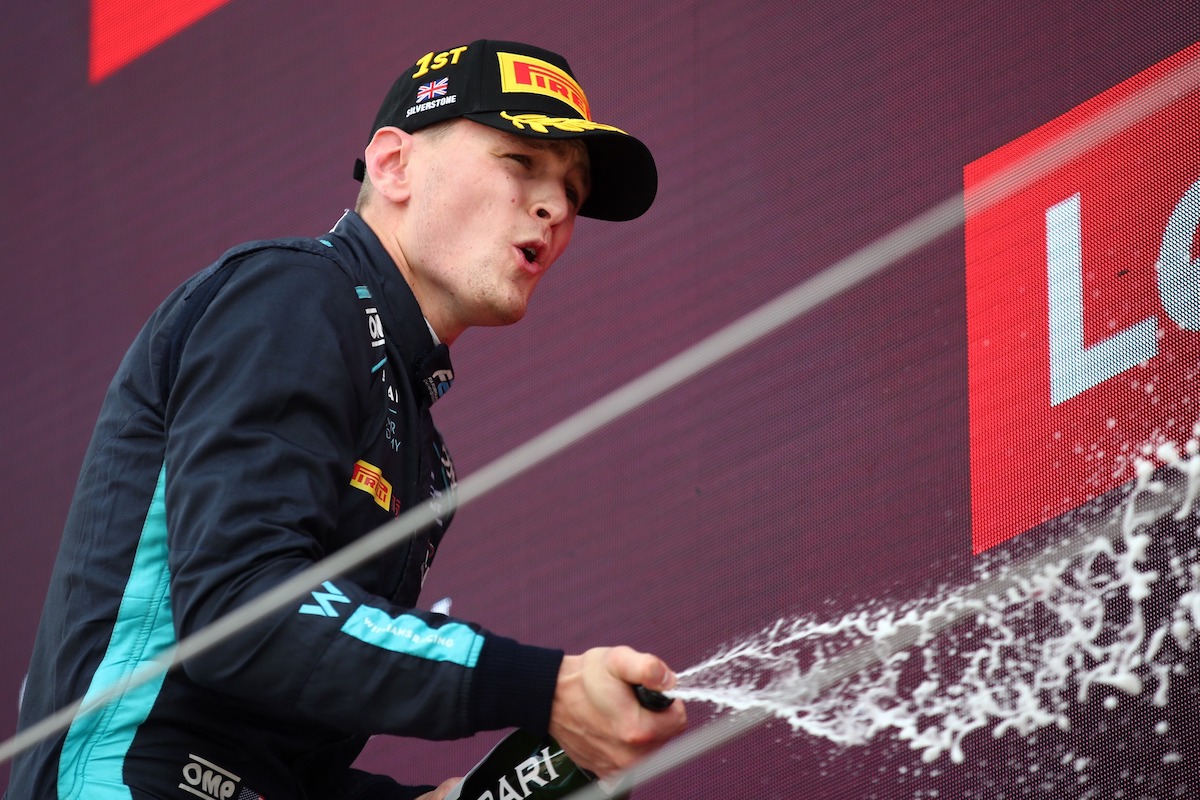 Logan Sargeant says his maiden Formula 2 victory is a “big boost in confidence” and that he would race at Silverstone “every weekend” if he could.

After claiming his first F2 pole position on Friday, the Williams-backed Carlin driver duly took a convincing win in Sunday’s feature race, where he managed the pace keeping his rivals under control in every moment.

“After being extremely good here in Formula 3 in 2020, I knew it was a great opportunity. [I was] very confident with the car that Carlin would give me. It was a long hard fought weekend,” Sargeant said during the post-race press conference.

“Theo [Pourchaire] kept me under immense pressure in the race. But I got it done and it definitely means a lot.

“I knew he would get into my dirty air and it would be quite difficult for him. I wasn’t just going to roll over for him, so I just really tried to nail my laps and keep it clean, and hopefully that was enough and it was.”

Sargeant added that claiming his first win in the series is a “big boost in confidence going forward”, which is “pretty awesome”.

The American also enjoyed a solid sprint race, where he moved up from 10th on the reversed-grid to seventh, and is now third in the championship.

He was previously a winner at Silverstone in British Formula 4 and in FIA F3.

“I’d say this [Silverstone] is right at the top of the list with Monaco. It’s my home away from home race. My family was here for the first time since 2019, which was awesome to do it in front of them. The energy from the crowd is just pretty spectacular. I’d say they are some of the best fans in the world.

“I love this place. I’ve done a lot of laps here and kind of the energy… It just suits me, I love it. I’d race here every weekend if I could.”