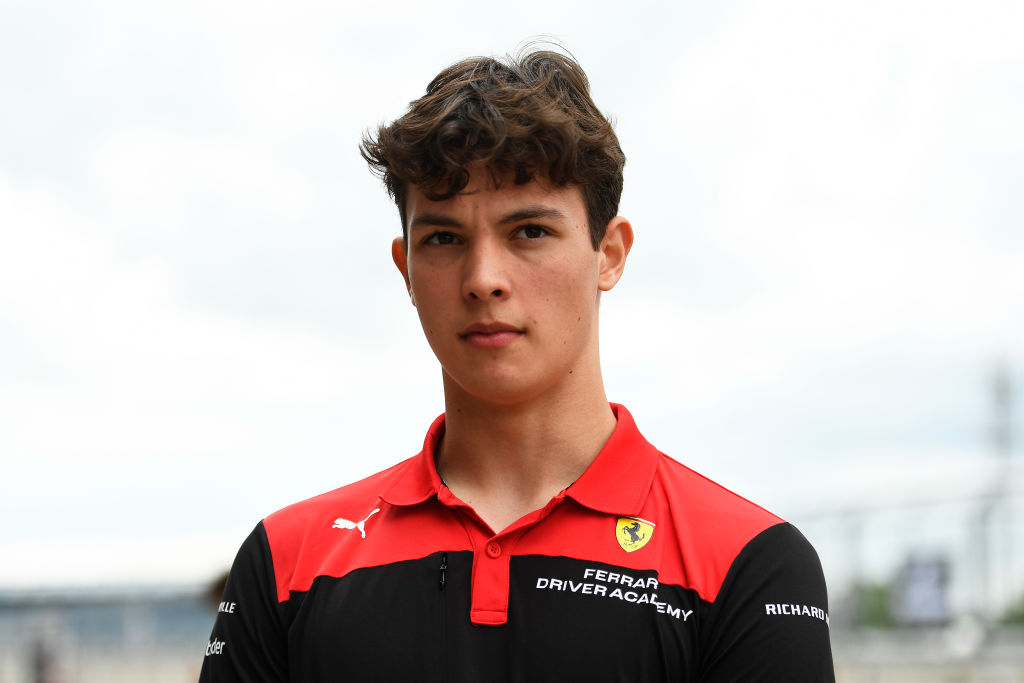 Ollie Bearman had several side-by-side battles in FIA Formula 3’s Silverstone feature race, earning himself a home podium as a result, but was aware the battling almost went too far.

The Ferrari junior started sixth on the grid, had an opening lap squabble with Trident’s Zane Maloney then spent a lengthy time in fourth place behind MP Motorsport’s Caio Collet.

When he finally cleared the Alpine junior he closed in on Williams junior Zak O’Sullivan and went side-by-side with the Carlin driver through the last lap to the final corner where Bearman clouted the inside kerb and finished just 0.051 seconds behind.

“It was a good race. I managed to make some spots at the start which was pretty vital to the podium I’d say,” Bearman said to Formula Scout post-race.

“The incident with Zane, it was judged as a racing incident and I agree. I think he didn’t leave me enough room in turn six and then I couldn’t disappear, I couldn’t really do much else, so it was a bit unfortunate for him but that’s sometimes the way life goes.

“From there the safety car came out, I managed to make a decent restart and just hold on. I was struggling a bit with the tyres, but I managed decently. Then in the second half of the race, basically after the second safety car, I had a much better feeling with the tyres and a much closer pace. I felt like I was the fastest on track at that point in the last five, six laps of the race.

“I was on the inside for the last corner, I think he maybe could have left me a bit more room but obviously then he would have lost second place. So he squeezed me pretty tight over the kerb, and obviously I had to take it and it was very lucky to be honest for the both of us that we managed to finish where we did without any incident. Because I think it was super agressive from him, probably unnecessary.”

The rear of Bearman’s car stepped out after he hit the kerb, drifting him outwards and leading to O’Sullivan having to manouevre off the track to avoid the pair colloding as they met the chequered flag.

Bearman sits sixth in the championship standings, now on 44 points, and behind sophomore team-mates Arthur Leclerc and Jak Crawford.