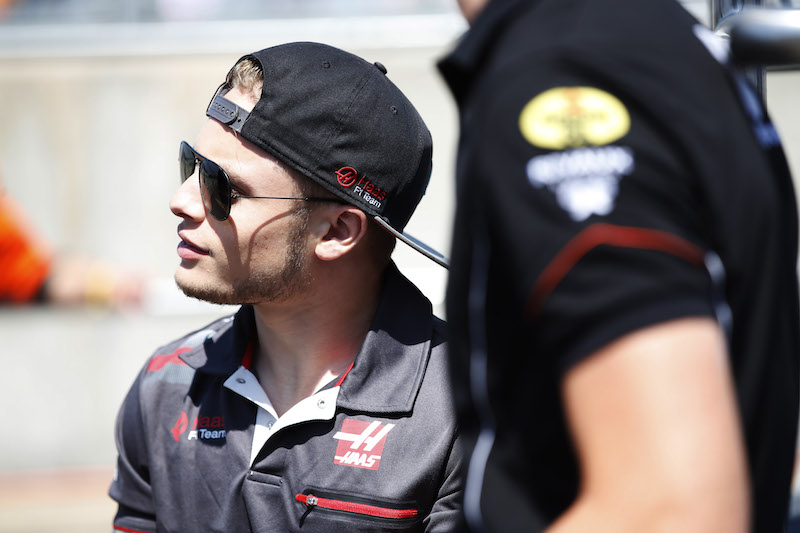 Santino Ferrucci has been banned from taking part in the next two Formula 2 rounds after making deliberate contact with Trident team-mate Arjun Maini after the end of the Silverstone sprint race.

Ferrucci ran into the back of fellow Haas Formula 1 junior Maini’s car on the cool-down lap, prompting Maini to say on the radio that “there’s something wrong with [Ferrucci]’s brain” and that he should be banned.

Stewards summoned Ferrucci to a hearing after the race but he declined to attend, and was suspended for the events at the Hungaroring and Spa-Francorchamps and fined ?60,000 for the incident.

The two Trident drivers had first clashed in Saturday’s feature race when Ferrucci forced Maini off track while attempting to defend position, which earned him a time penalty.

In the sprint race they made contact when Maini tried to overtake, with Ferrucci again being judged to have forced Maini off track. For this, he was excluded from the sprint race results, having finished 14th.

In addition, Ferrucci was seen to be driving between the F2 paddock and the F1 pitlane wearing only one glove whilst holding a phone, earning him a further ?6000 in fines.

Trident took to social media on Sunday evening to voice its support for Maini in the light of Ferrucci’s ‘uncivilised behaviour’.

“Trident intends to show their solidarity and support to Arjun Maini?and his family, for the unsportsmanlike and above all uncivilised behaviour that he was forced to endure not only during this last weekend by Santino Ferrucci and father, who accompanied him.

“The contractual implications of what has happened will be dealt with by our lawyers. Never in these 12 years of sporting activity has anything even close to this ever occurred. We apologise for the show that we have regretfully offered.”