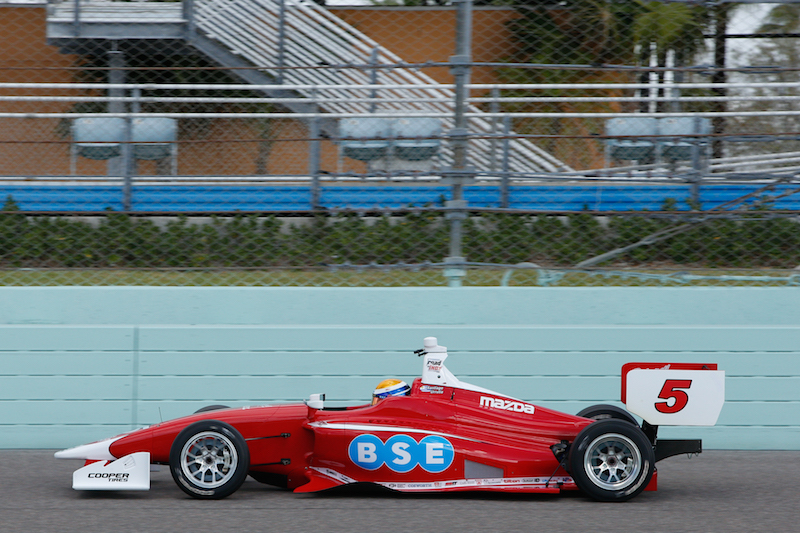 Santiago Urrutia will return to Indy Lights this year to try and win the title at the third attempt.

The Uruguayan will remain with the Belardi Auto Racing team with which he finished runner-up in the 2017 standings: the same result he achieved in 2016 with Schmidt Peterson Motorsport.

?I am very happy to be back with Belardi, I believe in Brian and in all of the team,” said Urrutia, who won the Pro Mazda title in 2015 after switching from GP3.

?It is going to be my third year with Tim Neff as my engineer, so I know him very well.

“I have to be 100% focused every weekend.? I am going to have to be very smart and finish all of the races in at least the top five.

Team boss Brian Belardi, who has also retained the services of Aaron Telitz for 2018, said:??We?re really happy to have Santi signed with us for the 2018 season

?He?s a supreme talent in the car and is focused on one thing and that is winning the championship.

“Santi just finished at the top of the test day at Homestead yesterday.? I know that we?ll challenge for race wins and the championship this year.”