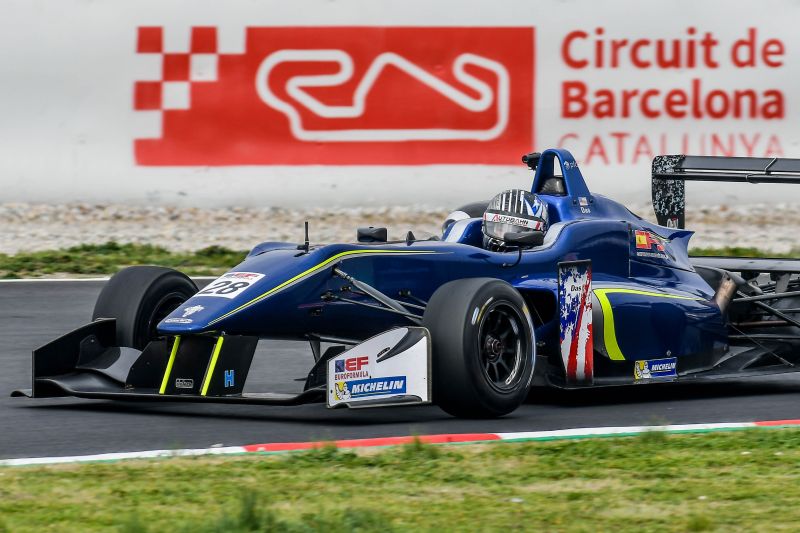 Cameron Das will drive for Carlin in Euroformula Open this year, his first full season in the championship.

The 2016 US Formula 4 champion joined Campos Racing for the second half of last season, finishing in the points of four occasions.

He also contested BRDC British Formula 3 last year with Carlin, where he finished fifth in the standings with one win, and entered the Toyota Racing Series earlier this year, finishing last of the full-time drivers.

?I am elated to announce that I?ll be racing in Euroformula Open with Carlin this year,” said Das.

“The championship is incredibly strong, and it offers a platform which I believe will prepare me well for other European championships in the future.

“I’m glad I have the opportunity to work with Carlin again which has had an incredible influence in my development so far. I have no doubts that we will be championship contenders from the start.

“They truly have an A-list group of people working on our 2018 effort.? I am especially excited to work with Harvey Spencer as my engineer, so I feverishly anticipate our results this year.”

Das is the second driver announced by Carlin for the series this year, alongside another former Campos driver Matheus Iorio.

?We are thrilled to welcome Cameron to our Euroformula Open team for the 2018 season,” Carlin racing director Trevor Carlin said.

“We?ve enjoyed working with him since he first starting testing with us before he raced in the BRDC British F3 championship in one of our cars.

“He?s already had a taste of the Euroformula Open car in racing conditions so we?re very much looking forward to the upcoming season working together where we know he will be a podium and race winning contender throughout.?