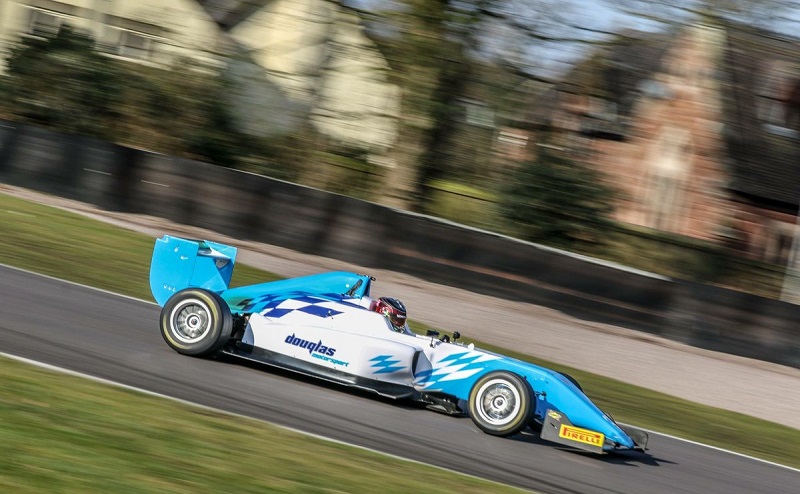 History-making Formula 4 winner Alexandra Mohnhaupt will step up to Formula 3 this year, pairing up with Jamie Chadwick at Douglas Motorsport in BRDC British F3.

Eighteen-year-old Mohnhaupt became the first woman to win an FIA-F4 sanctioned?race earlier in February when she was victorious at Aut?dromo Miguel E. Abed in Mexico in NACAM F4.

Mohnhaupt sits second in the standings in her third season in the series.

She also has experience of British tracks after competing in three events over the last two years in British F4.

Her signing by Douglas follows that of Jamie Chadwick last week.

?The car is fantastic, I?ve hugely enjoyed driving it in testing so far and I can?t wait to make the step up and join the rest of the field on the grid at Oulton Park.?

Mohnhaupt is the 12th driver confirmed for the 2018 season, with the first round of the season beginning at the end of March at Oulton Park.

“She?s gained a lot of single seater experience at F4 level, and her recent results in Mexico show that she is definitely ready for the next step up.

“We?re looking forward to working with her and assisting her development throughout the year.”