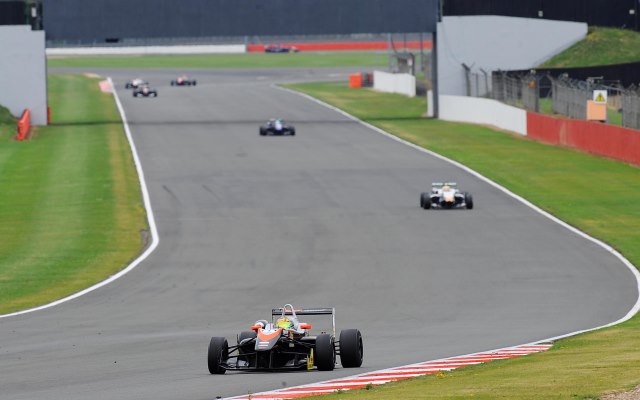 Sandy Stuvik celebrated his fifth Euroformula Open race victory of the season after a controlled performance in race one at Silverstone.

Starting from second, Stuvik managed to sneak through pole-sitter Alex Palou on the inside line of the first turn and he built a gap of eight seconds during the race.

Palou also completed a trouble-free race and confidently took second despite being unable to challenge the first position.

Team West-Tec’s Yarin Stern ended up in third, closely followed by Yu Kanamaru. After qualifying eighth, Artur Janosz managed to minimize the damage to his title hopes by finishing fifth.

Eventually, he took sixth after a late move on his teammate Sean Walkinshaw, with Wei Fung Thong and Che One Lim completing the top ten close behind the Campos duo.