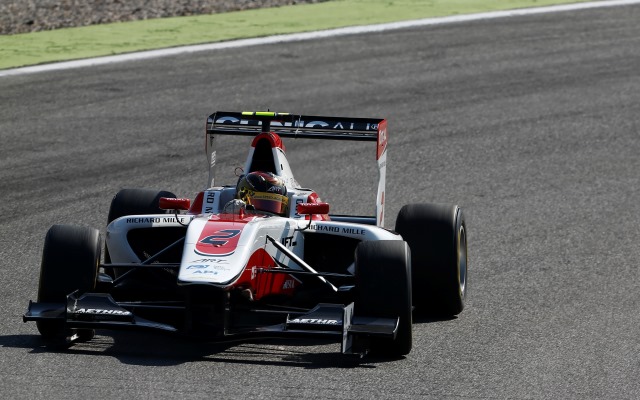 Marvin Kirchhofer secured his first win in GP3 with an assured drive from pole position on home soil at Hockenheim.

The top four of Kirchhofer, Alex Lynn, Nick Yelloly and Emil Bernstoff maintained their positions off the start, until Bernstorff claimed third away from Yelloly later on the opening lap.

Lynn kept within a second of Kirchhofer at one stage but the German then pulled away, opening up a 3.3 second lead before the finish. Bernstorff completed the podium, while Yelloly was a relatively lonely fourth in the end.

After fifth-place starter Mitch Gilbert went backwards, Dino Zamparelli inherited the place but would succumb before the end to Dean Stoneman, after the Marussia Manor man had disposed of Matheo Tuscher. Zamparelli finishing sixth meant that five Britons followed Kirchhofer across the line.

Jimmy Eriksson recovered from a five-place grid penalty carried over from Silverstone to climb from tenth to seventh and limit the damage to his pressure on championship leader Lynn. Jann Mardenborough was a man on the move in the second half of the race, going from 14th to eighth, claiming reverse grid pole and finishing on Eriksson’s tail. His rise included passes on Riccardo Agostini and Robert Visoiu, who completed the top ten.

Agostini had got up into eighth with a move on Richie Stanaway that ended in contact at the hairpin. Stanaway appeared to struggle with damage from that impact and fell to 13th, with the incident under investigation by the stewards. Tuscher meanwhile slipped to 18th after running out of grip.